Following the sack of Mauricio Pochettino by Tottenham’s board, reports have it that former Chelsea boss, Jose Mourinho is placed to become the new boss at Tottenham.

Pochettino’s sack comes after a dreadful start to the new EPL season which sees them 14th on the table and also having accumulated just 25 points in their last 24 premier league games.

That sort of form simply can’t continue, according to Daniel Levy.

In a club statement on Tuesday night, he wrote: “Regrettably domestic results at the end of last season and beginning of this season have been extremely disappointing.

“It falls to the Board to make the difficult decisions – this one made more so given the many memorable moments we have had with Mauricio and his coaching staff – but we do so in the Club’s best interests.”

As a result, there’s only one man who’s favourite to land the job and that man is Jose Mourinho. 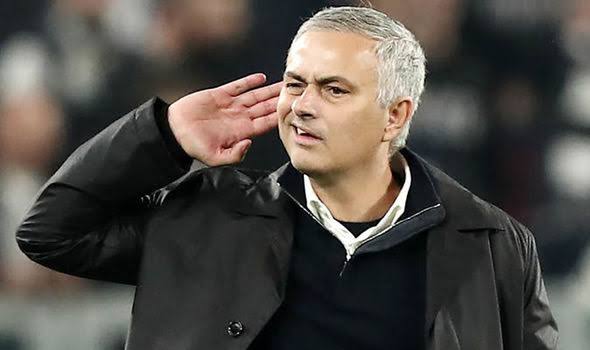 Sky Sports reporter Fabrizio Romano has confirmed on his Twitter: “Mourinho is coming back!

“Jose Mourinho has been chosen by Tottenham as new manager. Totally confirmed. His agents are completing the contract agreement with Spurs, then he’ll meet Daniel Levy to sign. The Special One is coming back!”

And according to The Times, the negotiation between Tottenham and Mourinho has been on for several days as Mourinho will accept a massive pay-cut.

The bookmakers also make Mourinho as the favorite one to take over as Spurs boss.

We can’t imagine Spurs fans would be too impressed with the club going from one of their most stable managers to the controversial Mourinho.

Transfer: Man United In Pole Position To Sign £25m Midfielder Ahead Of Arsenal

Chelsea Set To A New Deal of £31.5million With French Defender, Zouma

LaLiga: Zidane Reveals When Hazard Will Return From Injury

May tours Europe in desperate bid to save Brexit deal

Man Rapes Co-Worker To Death While On Her Period

Prince Harry Reveals That He Has No Other Choice Than To...

Princess Shyngle Re-Announces Engagement To Fiance As She Reveals How He...