In today’s world, we have come to know that sex is no longer a strange word or topic. As a matter of fact, it’s now a universal language, it’s no different in any country or place you visit. African countries are no exception.

The thing with Africa however is that there are people who shy away from sex and anything relating. In fact, looking at the average African parent, one would imagine that they just shake hands in the bedroom and voila, children appear. It’s quite funny and astonishing to know that there are still a lot of Africans who see sex as a topic that shouldn’t see the light of day.

In Kenya do we have a very good example of a country that avoids a particular sex related topic – condoms. This is rather hilarious because Kenyans have this belief that condoms are for sex workers only! Like the French would say, c’est dommage!

Usually dressed in his bright red “King of Condom” uniform, Stanley Ngara uses humour and empathy to spread awareness about safe sex and protection from sexually-transmitted diseases (STDs) among people in Kenya.

In order to successfully pass his message across, he knew humour was required rather than the strait-laced manner adopted by many sexual health trainers. In the beginning, he tried using puppets, but that still failed to fully engage. That was when he adopted his brash new alter ego: Africa’s King of Condoms. 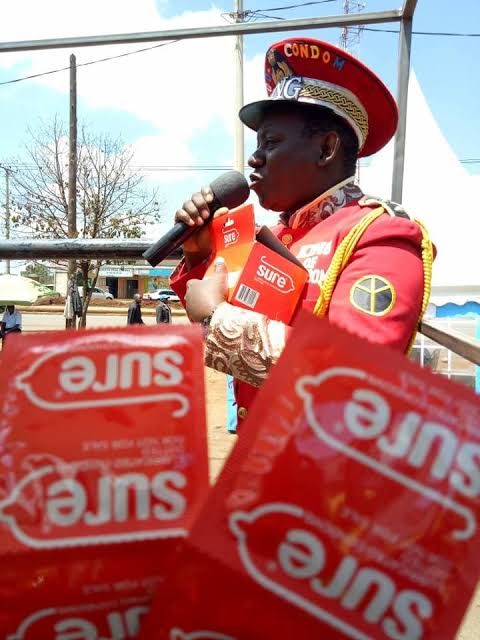 People he meets are treated to his huge smile and friendly demeanour as he hands out free contraception and information, making sure his message is delivered loud and clear, regardless of how shy his audience is.

“In Africa people don’t talk about sex,” the 45-year-old explained. “They do not talk about condoms. There is so much stigma. But because of the way I now dress, people wonder who I am. They want to know more.”

Having lost a number of childhood friends to AIDS, this mission is more personal for Ngara. According to Africa’s King of Condoms this is why the young must be a focus of HIV prevention. 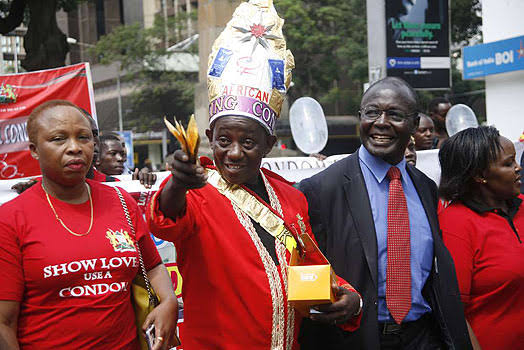 Ngara’s dream is to see a generation of Kenyans free of HIV/AIDS. He feels blessed to take on this work, no matter how difficult it is.

SA Poultry Industry Faces Being Knocked Off Its Perch By Nigeria

US vs Iran: Donald Trump Is An Inspiration – Adeboye

BBNAIJA: SEE REACTIONS TO THE CLAIM BY MIRACLE THAT ALL THE...