Home Art A Peek Into The World Of Afro-beat: Edaoto

Sitting under a cool shade at the Freedom Park, with little fears about how we would receive our guest, a young man, full of life and smiles, walks up to us and introduces himself: “Hello, good afternoon. I’m Edaoto.” We would have been forgiven for any erroneous thoughts we might have had given his popularity and achievements in the world of afro-beat.

Edaoto Agebniyi is an afro-beat artiste with well over two decades of experience in enjoying his music and sharing the same vibe to the whole world. In this interview, he shares and opens up to us on his journey in the world of afro-beat.

The afro-beat lover tells us that the journey for him started right from his childhood.

“I’ve been following several musical groups right from my childhood. The reigning artiste at that time was Hakeeb Karim, so as a kid, his songs were the easiest songs we could do but I never had the thought that I’ll be a musician but I just knew I’d be a superstar. It was when I got into my teenage years that I decided to be a musician.”

When asked about his growing up, he says that he grew up reading a lot of books because of the people he grew up with.

“They read all sort of books. So that’s what informed what I call a proper thought process which tailored my thoughts towards emancipation of the African people, suffering people. I grew up reading about a lot of activists and listening to them talk.”

He also adds that he wrote jamb at some point to be a lawyer which didn’t work out. He later read mass communication.

For Edaoto, the afro-beat journey is one that he’s proud of and enjoyed every part of it over the last 20 years. He goes on to say that initially, afro-beat wasn’t what he thought he’d do. 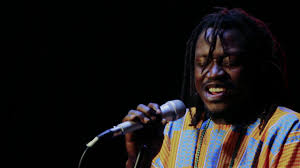 “I never thought I’d sing afro-beat. What I’d say is that afro-beat called me. Afro-beat was informed by my muse.”

With so much talent, we wondered how he writes his songs and we were rather surprised by his response.

“I don’t write my songs. They are in my head. I don’t really sit down to write, the songs just come like that. I’ve become lazy these days due to the gadgets available where I could just record a song. Back in those days, I memorize everything.”

“I had two guys I’d go through the song with and make necessary changes. I only write if I want to teach people.”

Speaking about his muse, he says:

“My muse is inspired by nature and everything that surrounds me. Basically poverty.”

“I created a Utopia in my head that one day, we’d get to a point that everybody would be living fine. It might be delusional but I hope one day people can live in peace, fairness, justice and a cool environment. Some countries live like this and even villages where people live happily. Maybe one day, Africa would find herself in that position that everybody would live in a fantastic society.”

Going further, he talks about life as an African and his stance on religion:

“We’ve once lived in harmony as a Yoruba people in the highest form of virtue; Omoluabi, before the entrenchment of Islam. Our people became so entrenched in Islam that it was too late before they realized they couldn’t change anything. Unfortunately, Christianity came and finished us. So today, it is difficult for  an African to be an African.”

Surprisingly, he reads the bible and Quran in order to be enlightened.

“If you aren’t practicing any of the two, you are seen as not saved. Someone trying to become an African in its true sense becomes endangered. Until we go back to our true self, we may not get to the Utopia we’re looking for.”

“If I discuss as an African man, I’d be talking from the perspective of a Yoruba man that I am. Being an African is having the ethos of Omoluabi. African is someone who takes recourse to his forbearers, the ones who had come before us.”

Edaoto is an artiste with a strong affiliation with advocacy as seen in his music. He takes some time to talk about the issues of Nigeria today as he states that today’s government got into power as a result of protests of other people, as far back as 1993. This case is not the same today as this government is saying no to protests.

“Today, you can’t even talk. We aren’t arresting herdsmen and Boko Haram terrorists, people who take up arms against the government but people are in prison because of what they wrote or said.”

“If we rise and say that we’re tired of this nonsense, in three days, Nigeria will change. We’re suffering from a collective amnesia, we forget things easily. A bottle or two of beer and we have forgotten our problems. We are a forgetful people. Sometimes, we forget that we’re supposed to be a great nation” he added.

Being of the ‘senior generation’, he had some words for the younger generation. He calls them ‘our younger brothers’. He advises that they do better with their content and contribute to what’s happening in the country.

“One good thing is that they are making money. They’ve become like role models so they should make conscious efforts to talk about societal issues.”

“Our older musicians were subtle with their use of vulgar words in their songs; it’s part of our culture but there was no impunity in their vulgarity. It’s not the same today. They (younger generation) sing with street languages but they should be discreet. Now that most of them are national and international figures, it would be wise to pass positive information.

Going further, we wanted to know what it was that music does for him and he was quick to say that music gives him freedom. 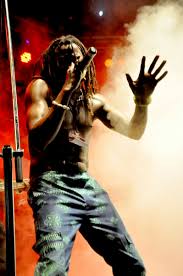 “When I’m performing, I’m a different kind of person, I enjoy myself. Even if I’m in prison, I’d still be free because it’s oozing from the deepest part of me. I like everything about music” he concludes.

Edaoto also talks about his use of symbolism in his music. He’s in love with nature and sees it as derogatory referring to women as objects. He uses women as an entry point to discuss love.

He also opened up about his interview with CNN. For him, he has Aderemi Adegbite to thank for being instrumental in making that happen.

“Somebody just called me from the US and said he was from CNN. CNN? They had spoken to Aderemi but he didn’t get to me. It was a video call and their American accent was too much for me. They came to Nigeria and recorded one of my rehearsals.”

He also chips in his time with Arsenal band from Belgium, stating that a poet friend of his, Jumoke, made that possible.

“They wanted to record an album, so I brought them to Nigeria. They are one of the biggest bands in Europe. Some months after, they invited us to Belgium.”

Touring the globe, especially African countries isn’t strange to Edaoto and his 15-piece band as they’ve played across countries like Zimbabwe, Uganda, South Africa and a host of others. He remarks that he enjoyed his time in Zimbabwe but particularly enjoyed the food in Uganda.

Edaoto’s first album was released in 2013 and he’s working on another. He has also been a regular performer in Felabration since 2009.

When asked about his thoughts on Fela and women, he corrects a notion:

“A lot of people misunderstood Fela. Fela revered women and appreciated them so much. If you treated a woman roughly around Fela, if he was that powerful, you could get a death sentence.”

Not done with his talk about women, Edaoto wonders why this younger generation talks about feminism. For him, women are revered where he comes from.

“I revere women. I hold my women in high esteem especially black women because they are the source of everything.

We asked how he relaxes and what we should expect from him and this is what he has to say:

“My most relaxing moment is when I’m playing music. Sometimes, I read to calm down and drink Orijin. I don’t drink when I have a performance.” 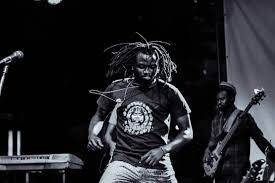 “I live my life one day at a time, I don’t know if I’ll die today or tomorrow. I try to enjoy every moment.”

Finally, words of advice for those who’d like to do afro-beat:

“Playing afro-beat is all about knowing and understanding music. Afro-beat must be imbibed. Be truthful to yourself and do that which is right at all times. Also believe in yourself. Don’t wait for anybody.