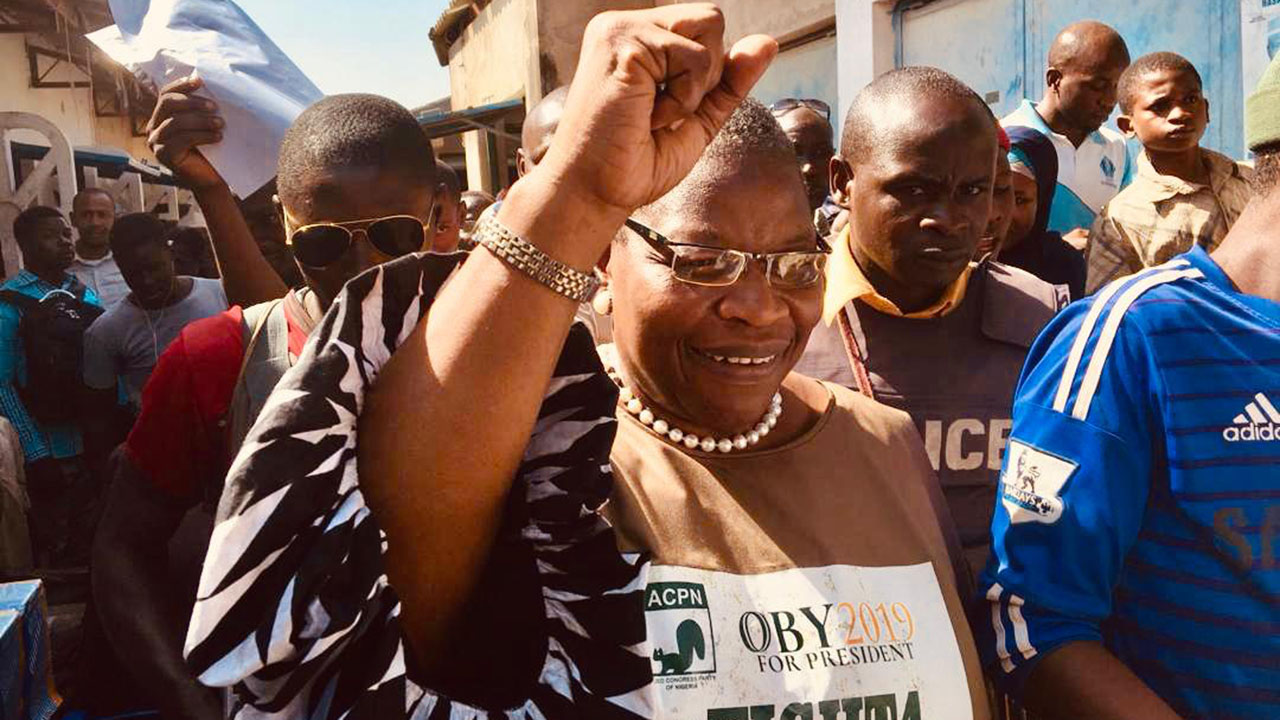 The Allied Congress Party of Nigeria (ACPN) has threatened to sue its former presidential candidate, Oby Ezekwesili over the party’s campaign funds, saying she should render accounts of money spent while canvassing for votes across the country.

Its National Chairman, Ganiyu Galadima, who spoke at a media briefing in Abuja yesterday, noted that the accounts of expenditure Ezekwesili rendered fell short of expectations.

He, therefore, threatened to approach the courts to seek an order of mandamus compelling her to return all funds generated during her short stay in the party.

He accused Ezekwesili of sidelining key party officials like the National Treasurer and Financial Secretary on money generated from when she emerged the party’s presidential standard-bearer until she withdrew from the race.

His words: “We are rejecting everything she had submitted. We want to know all the content of the accounts and see the account because at the end of the day, it is not Ezekwesili the Independent National Electoral Commission (INEC) will hold responsible, but the party.”

“Whatever any candidate generates for campaigns belongs to the party. And so, we expect her to respond at the appropriate time, but if she doesn’t, we may be compelled to go to court to seek an order of mandamus.

“For someone, who was contesting for presidency to have generated N43 million in three months and spent everything herself, is suspicious and unacceptable. She could not even disclose the sources of funds and how much she was able to generate.

“We want to know full disclosure of the accounts she opened because when you look at the statement she provided, there are four different accounts, which we didn’t know anything about.”

Galadima cited the case of Omoyele Sowore, who publicly disclosed on national TV that his campaign generated about N99 million and also told the world how the money could be traced.

“So why is there no transparency in Ezekwesili’s project? That is the bone of contention,” he added.