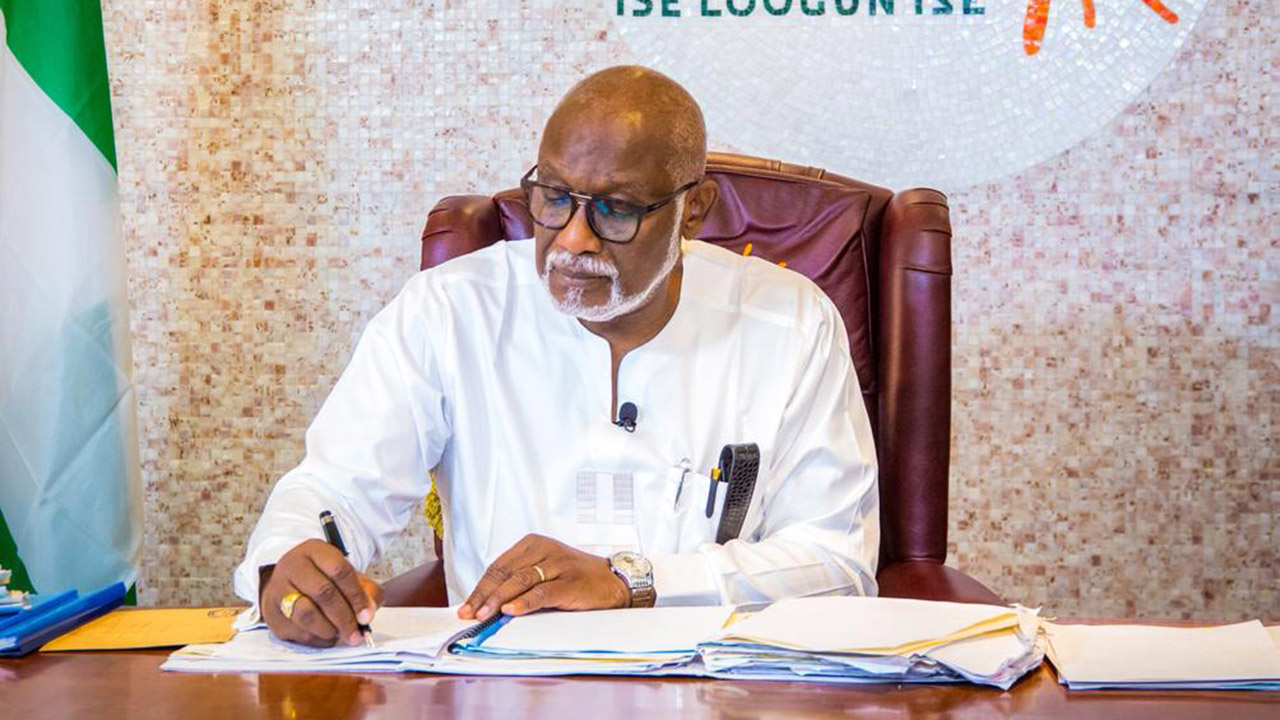 Governor Oluwarotimi Akeredolu of Ondo state on Sunday, inaugurated an Emergency Response Committee on Lassa Fever, following the outbreak of the disease in the state.

Akeredolu did the inauguration in.Owo town,Owo Local Government area of the state.

He called on the committee to begin Operation Flush Out Lassa Fever from the state within the shortest time possible.

The governor advised the committee to aggressively embark on sensitisation campaigns, advocacy visits to Royal fathers and religious leaders and put to use an appropriate dump site for human waste.

He named the Commissioner for Health, Dr Wahab Adegbenro, as the chairman of the committee and General Manager of Ondo State Waste Management Authority, Mrs Bola Akinyanmi as the secretary.

Other members are the State Epidemiologist, who is the Incident Manager on Lassa Fever Outbreak, Dr Stephen Fagbemi, the Acting Director, Public Health for the state, Dr Victor Adeusi,Femi Agagu,Lola Fagbemi and Mr Yemi Olowolabi.

Addressing the Government House Reporters, after the inaugural meeting,Adegbenro said the committee was empowered to use all means to checkmate attempts to inhibit efforts at curtailing incidences of Lassa Fever in the state.

He said the sensitisation campaigns would go across the state, on the need for residents to keep environment clean and live hygienic life at all times.

This he said was necessary so that rat, the primary carrier of the lassa virus, would keep appreciable distance from people as well as reducing incidences of human to human transmissions.

“Maintain cleaner environment,shun the habit of indiscriminate dumping of refuse around your homes so as not to attract rats.

“Government has set in motion immediate plans to evacuate all dumpsites to keep rats far away.

“The original source is from rats to humans, but we have lots of human to human transmission.

“This is more reason why it is imperative to report any suspicious case to nearest health facility, where necessary tests would be carried out to ascertain if it is malaria or not and to have such patient appropriately referred” he said.

He stressed the need for early detection and treatment of Lassa Fever, which he said had pieces of symptomatic evidence similar to malaria.

He said the effort would also prevent the devastating effects of lassa fever on organs such as kidney failure which could life-threatening and death.

He explained that visiting health facilities, where appropriate diagnosis would be carried out, rather than administering treatment at home, self-medication, remained the best way to detect the scourge earlier and prevent deaths.

lso,a committee member, Mr Funso Esan, said an acceptable dump site must be far from residential arena and deep into the bush to prevent getting toxic emissions nearer to the people.