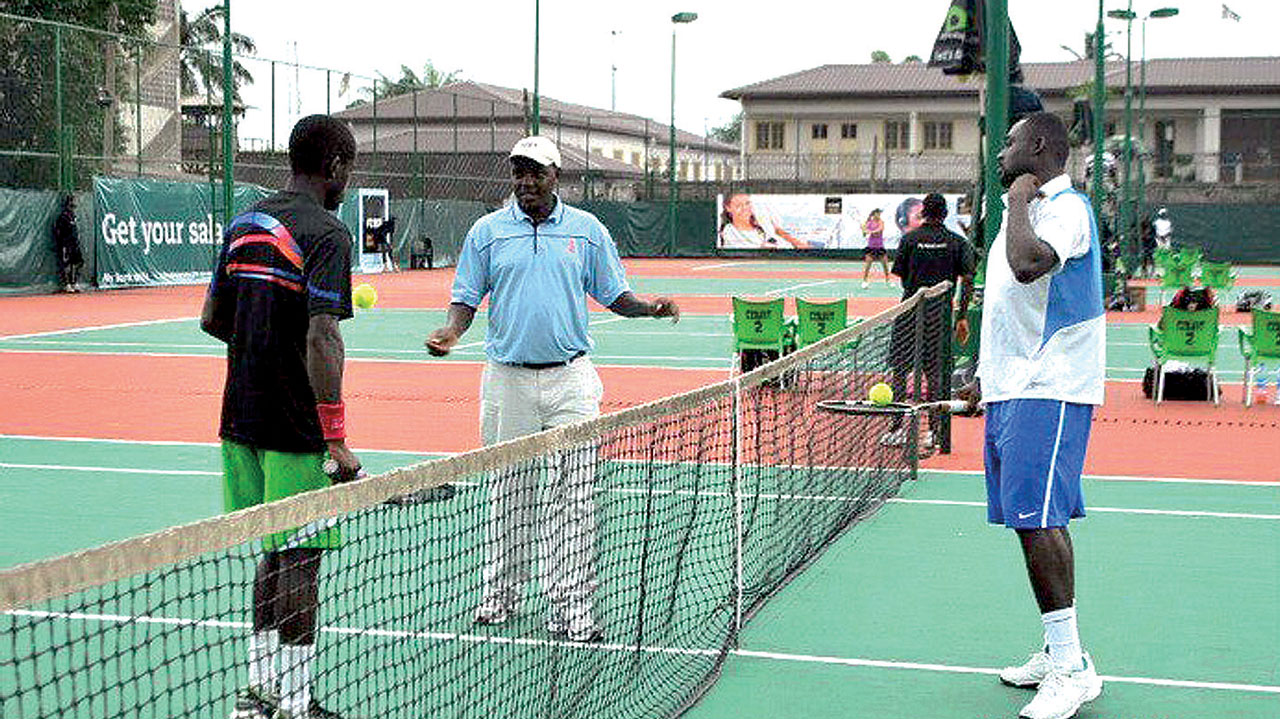 Former Super Eagles star, Jonathan Akpoborie made a surprise appearance yesterday at the on-going Governor’s Cup Lagos Tennis Championship to have a feel of action from emerging young tennis stars across the World at the Lagos Lawn Tennis Club, Onikan.

Akpoborie, who was in the company of his tennis coach, Kayode Savage, was happy seeing a tournament like the Governor’s Cup taking place in Lagos State. According to him, Nigeria has a lot of young potentials to make it to the stardom if given enabling environment like organisation of international tournaments at home on a regular basis.

“Just like in football, tennis players need regular exposure to tournaments. There is no big deal about these foreign players. If our players can be exposed to the same environment like them, Nigerian players too can be great. This is the imbalance we must correct as a people. Since a year ago, I have been training in tennis and from my interactions with the players, I can conveniently say that these boys and girls have the potentials to be world-beaters, just that the environment is not conducive for them. The likes of Thomas Otu, Umeh Joseph and others are players to watch out for among the Nigerians,” he said.

Speaking further, Akpoborie said: “To me, I have the passion for tennis apart from football. That is the reason I was here to watch proceedings at the Governor’s Cup. The organisation and the environment is very good. I could only commend the organisers for putting this show together.”

Tickets for the Governor’s Cup are available on the platforms of Ariya Tickets and Naija Tickets Shop. The tickets come in different categories. While Category 1 regular ticket goes for N1,500 each, the VIP category goes for N5,000 each.

Meanwhile, a former champion of the Governor’s Cup Tennis, Slovenia player, Tadeja Majeric, who won the championship in 2013 and 2016 editions was sent out of the first leg (Futures 4) yesterday.

Majeric, number 7th seed in the women’s category, who was ranked number 367 in the world, was defeated by French Estelle Cascino, an unseeded player from Marseille in straight set of 6-3,6-2.

In order women matches, South Africa based Nigerian player, Adetayo Adetunji could not make it past her more experienced number two seed, Ayla Aksu from Turkey in a match that ended 0-6,1-6.