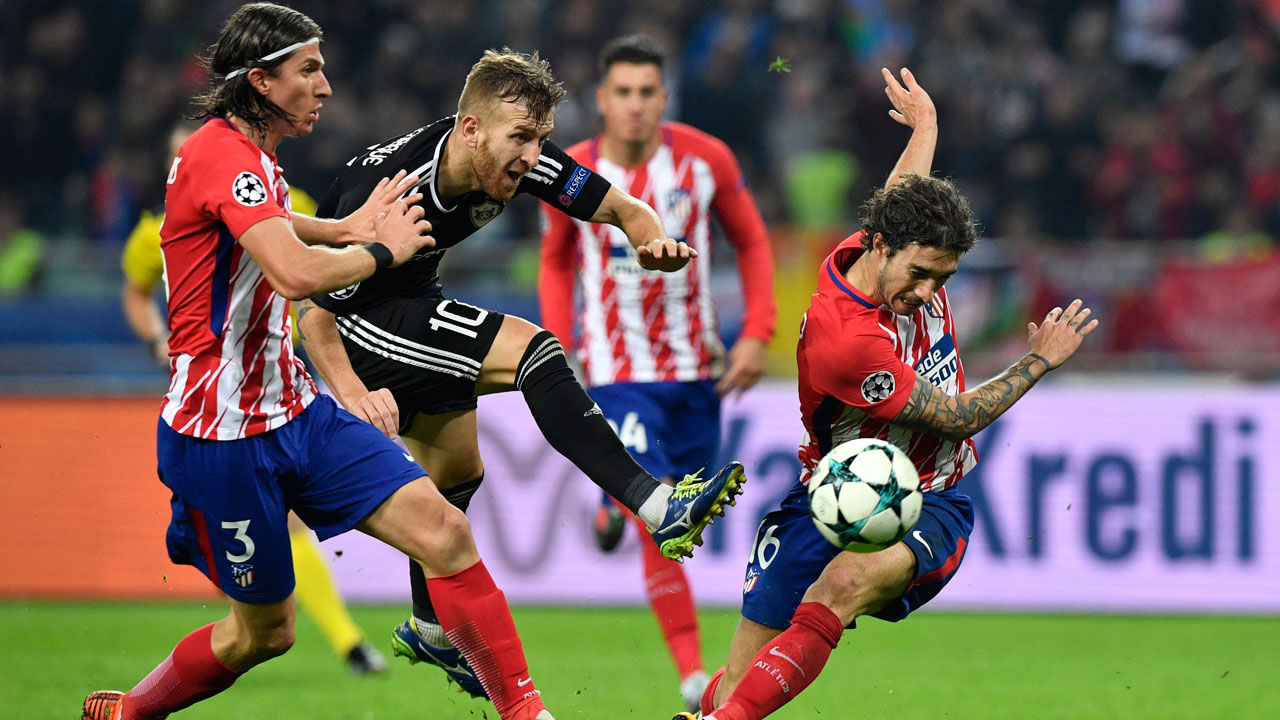 Atletico Madrid suffered a fresh blow to their chances of progressing to the Champions League last 16 as 10-man Qarabag held on for a 0-0 draw to secure their first ever point in the competition in Baku.

It could have been even worse for the 2014 and 2016 finalists had South African striker Dino Ndlovu won a penalty rather than being shown a second yellow card for diving 15 minutes from time.

Atletico now have just two points from their opening three games and remain third in Group C behind Chelsea and Roma, who face off at Stamford Bridge later on Wednesday.

The visitors had a host of chances to open the scoring in the first half, but suffered from a familiar lack of firepower in already their fourth 0-0 draw of the season.

Yannick Carrasco and Antoine Griezmann were both denied by Ibrahim Sehic when clean through, whilst Jose Maria Gimenez fired inches wide from a corner before the break.

However, it was Azerbaijani champions Qarabag, in their first ever season in the Champions League, who had the better chances in the second period.

Ndlovu’s rising effort flew inches over the bar before he thought he had won a penalty as he was clipped by Diego Godin inside the area.

Instead, French referee Ruddy Buquet reduced the hosts to 10 men for what he thought was a dive.

Atletico pressed unconvincingly in the search for a winner and their best chance came when Fernando Torres headed over after he too appeared to be pushed with the goal gaping five minutes from time.

Buquet was unmoved, though, as Atletico’s European campaign continues to stumble after a stalemate away to Roma and a 2-1 defeat at home to Chelsea.