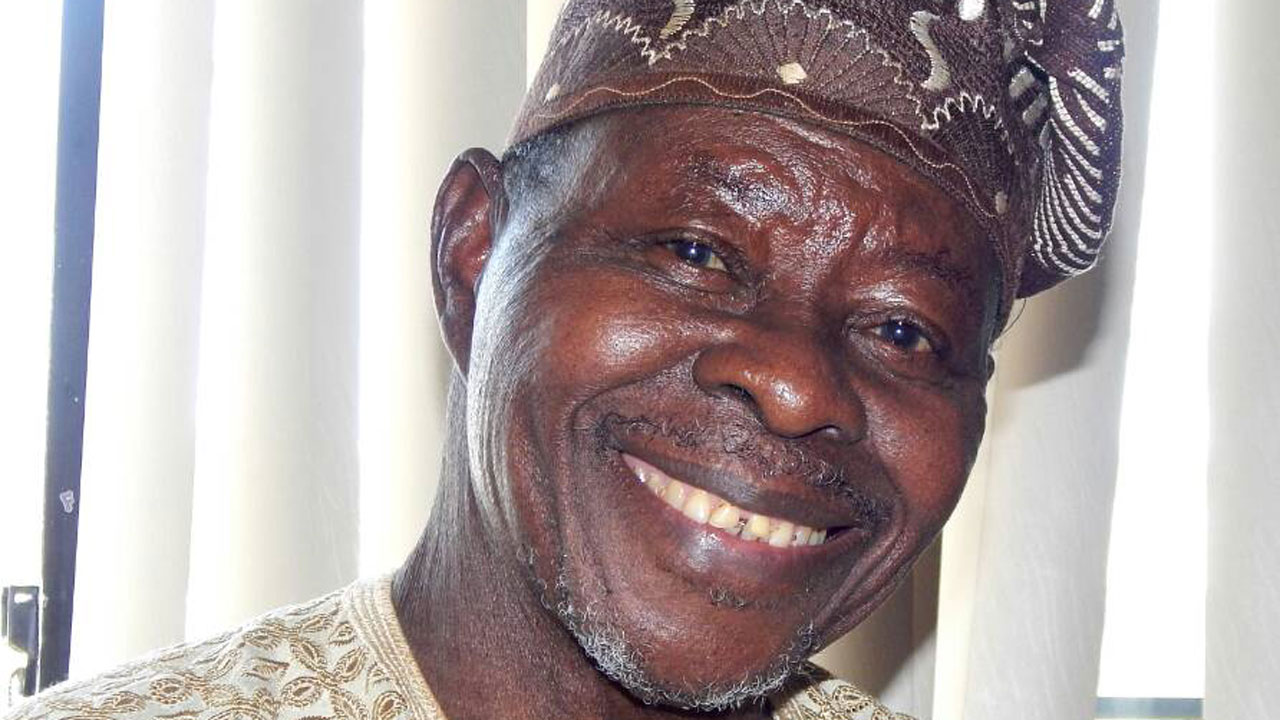 Bisi, a foundation member of one of the oldest studio groups in Nigerian visual arts profession, Universal Studios of Art (U.S.A.) at National Theatre, Iganmu, Lagos, died on Sunday, October 8, after what his colleagues described as “battle with illness.” Last year, Bisi’s son, Sola, who also worked at Universal Studios died, aged 45.

Trained under Lamidi at the family’s hometown of Ila Orangun, Osun State, Bisi and another member of the family, Dejo, swelled the dynasty of sculptors, otherwise known as ‘agbegi lere’ in Yoruba. Apart from the famous 20th century sculptor, Olowe of Ise (circa 1873 -1938), whose works of mostly equestrian themes are revered by western art historians, it is doubtful if there is any other African sculptor with such a pedigree as Lamidi. Like Olowe of Ise, works of Lamidi are well documented by the Smithsonian National Museum of African Art, Washington DC, U.S. From that reputation, Bisi, who is also recognised beyond the shores of Nigeria, derived his strength from the same linage of Fakeye dynasty of sculptors. However, from the traditional texture of modernism inherited from Lamidi over the decades, Bisi added more contemporary themes to his works. Apart from reproducing some known wood works into bronze casting, the depictions of his works in the last 10 years of his life were more contemporary in texture.

Apart from Bisi, there were other trainees under Lamidi at the same period of Bisi’s apprenticeship. One of them, Dejo, according to Bisi’s son, Yemi, “is no longer practising.” That leaves the dynasty with only Niyi, a nephew of Bisi, currently working at Universal Studios.

From the original family name Olawoyin, the Fakeye dynasty of carvers derived their name from a title ‘Fakeye-Akobi Ogun’ bestowed on Lamidi’s father by the then King of Ila Orangun. When Lamidi had his last solo exhibition titled Timber’s Titan at Mydrim Gallery, Ikoyi, Lagos in June 2011, it was revealed that a group show Exhibition of Three Generations of Fakeye Woodcarvers, held in Ibadan, 1971, featured his works, Bisi’s and other members the Fakeye dynasty.

One of Africa’s top art patrons, Prince Yemisi Shyllon, who probably has the largest collection of the Fakeyes, described Bisi as the last of the famous members of the dynasty. In his tribute to Bisi, the founder of Omooba Yemisi Adedoyin Shyllon Foundatoon (OYASAF) stated: “Alas, one of the last famous Fakeye lineage of carvers and artists has passed on.” Shyllon noted that Bisi was acknowledged by his uncle, Lamidi “as one of his successful apprentices and a member of this great lineage of five generations of the Fakeye family of carvers.”

Shyllon and Dr. Chioma Pogoson had published a 200-page book titled Conversation with Lamidi Fakeye in 2013. “Uncle Bisi was a very amiable gentleman, who raised the artistic bar of his linage by adding the production of bronze works to his large number of wood works for which the five generations of his family are famous,” Shyllon said two days ago. “He did this by being the first of his family lineage to successfully reproduce some of his famous wooden works in bronze casts.”

And when the ongoing Yemisi Shyllon Museum at Pan Atlantic University (PAU), Ajah, Lagos, opens, one of Bisi’s works will be on display. Shyllon disclosed that the first and most famous of such pieces titled ‘Patonmo’ can be found among the collection of Omooba Yemisi Shyllon that has been assigned as one of the exhibits for permanent display at Yemisi Shyllon Museum (PAU) in Lekki, which is fast nearing completion.”

The late artist, according to Shyllon, did other similar works before his death. There was another aspect of culture, specifically in Yoruba linguistic expression that Shyllon noticed in Bisi’s work. “Uncle Bisi was not only a visual artist, but also a man steeped in Yoruba proverbs,” Shyllon said in eulogy of the artist.

“I was always confounded with the ease at which he laced every statement of his conversations in deep-rooted Yoruba proverbs,” he recalled his experience. “I never experienced his repetition of any of those proverbs in my numerous contacts with him at art exhibitions, his studio at the National Theatre and his visits to my home.”

However, there is something to worry about, which is “It is in this area of his dexterity in Yoruba proverbs that I express my regrets that we did not document them for posterity,” Shyllon lamented. “A great opportunity may therefore have been lost in documenting and keeping alive our fast-disappearing Yoruba linguistic heritage. It is my hope that this my fear may not materialise. This is the area where I reckon that Uncle Bisi stood out most prominently as a cultural icon more than his visual artistic creations. We, in the artistic world, are already greatly missing his creativity and amiability with this inevitable passage ordained for all living things by God. Adieu Uncle Bisi. May you continue over there what you started here!”

The Fakeye dynasty also attracted attention of a 2009 doctoral scholar, Nelson Edewor. Among Edewor’s observations was Lamidi’s progression as a modernist. Edewor argued that the western influence made Lamidi a modernist. He noted how Lamidi’s “progression from Igbomina longstanding woodcarving traditions” fused into another form the artist adapted from the Oye-Eliti workshop, and “eventual overseas studies at Paris, France.”Further in his scholarly studies of Lamidi, Edewor grouped his work into periods across seven decades: “Pre-Oye-Ekiti, (1938-1948); Oye-Ekiti, (1949-1960); early Post Oye-Ekiti, (1961-1996); and Late Oye-Ekiti, (1997-2009.