Earlier yesterday, we reported that there were reports that rap star, Cardi B and her estranged husband, Offset have reconciled.

The alleged reconciliation is coming after the duo split amid allegations of cheating.

Reacting to the report, however, Cardi B has called out the celebrity gossip site, TMZ, that broke the news of the couple’s reconciliation.

In her reaction, Reacting, Cardi B shut down the report in a since-deleted tweet saying that TMZ lied in its report. She said she has not been in Atlanta since last year as reported while also hinting that she wasn’t officially back with Offset. 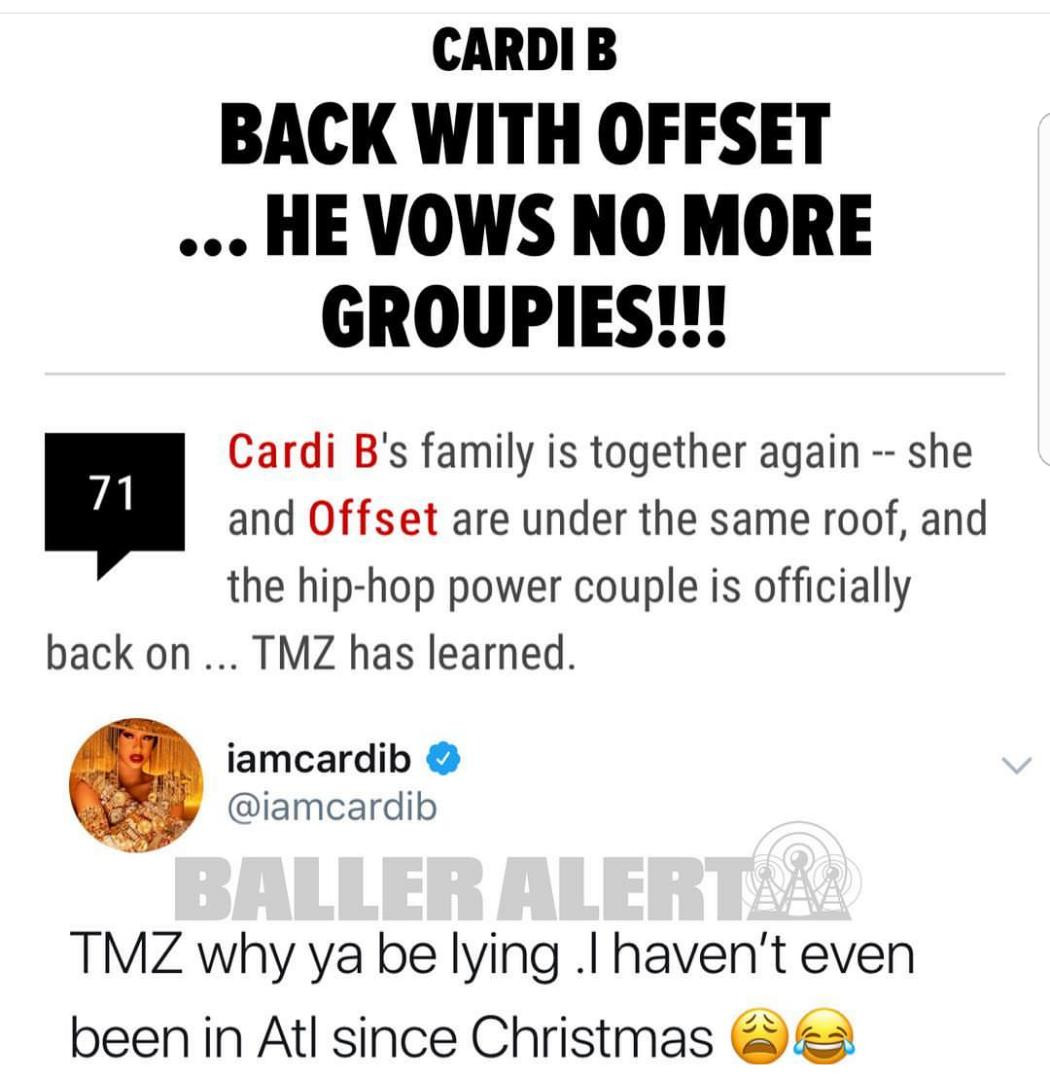 It would be recalled that since announcing their split, Cardi B has been spotted with Offset again on a jet skiing vacation in Mexico prompting many fans to believe they are back together.