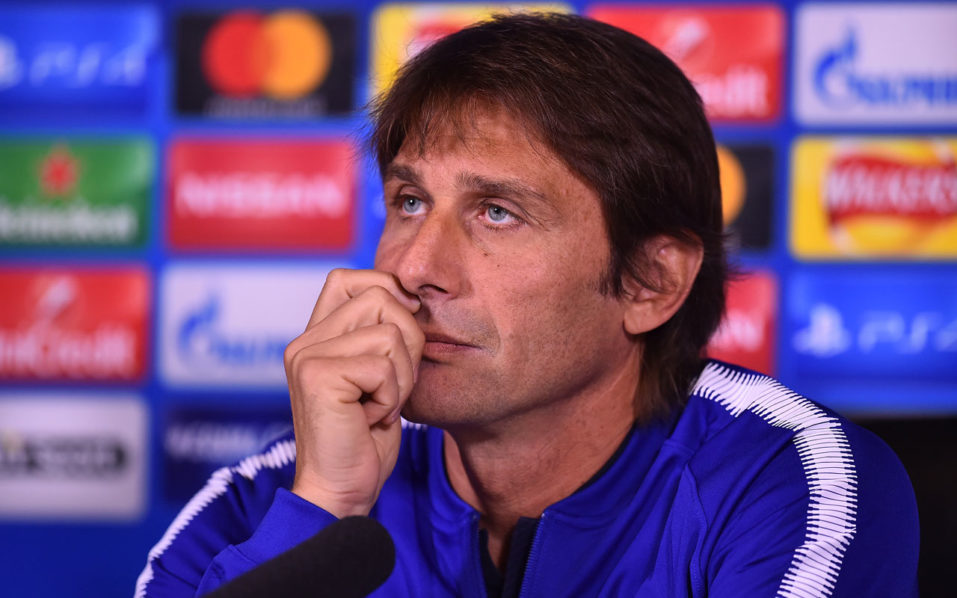 “I don’t know about this,” the Italian said when asked about media speculation about disgruntlement. “I have my methods. It’s the same, like last season when we won the league.

“Honestly, I think we are working maybe 70 percent less this season. Maybe for this reason we are having trouble.

“When you play every three days it’s impossible to work on the tactical aspect and physical aspect. I think we are paying less attention in every detail.”

Chelsea, who had no European commitments last season, play Watford on Saturday, seeking to avoid a third successive Premier League loss after defeats to Manchester City and Crystal Palace.

The last time Chelsea lost three straight league games was autumn 2015 as Jose Mourinho’s second spell as boss was unravelling before his departure that December.

Conte told reporters at Chelsea’s training ground he was satisfied with the commitment of his players but unhappy about the results after the Premier League defeats and a midweek Champions League draw against Roma.

Conte has pointed to problems with injuries and said he had “many doubts” for the Watford contest.

The Italian on Wednesday responded to Mourinho’s thinly veiled barb about rival bosses “crying” about injuries, telling the Manchester United manager to concentrate on his own side.

Midfielders N’Golo Kante (hamstring), Danny Drinkwater (calf) and right wing-back Victor Moses (hamstring) are out against Watford, while David Luiz (calf) and Tiemoue Bakayoko (groin) picked up knocks against Roma and could be absent.

There was some positive news on Kante.

“I hope to have him back very soon, before the international break,” Conte added. “If Kante is available before Roma, Manchester United, I will be very happy.”