This comes amidst a slip in form for Man City who have been conceding too much goals after the retirement of Vincent Kompany last season and the injury of defender Aymeric Laporte, leaving the defence light on options. 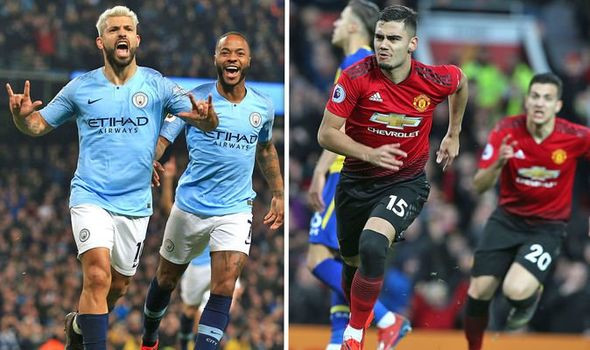 Manchester United meanwhile are coming from a morale boosting win against Tottenham Hotspur in midweek.

In this match with a lot to gain and a lot to lose for both sides, the Jury is out. LIB presents to you the preview of the Manchester derby. 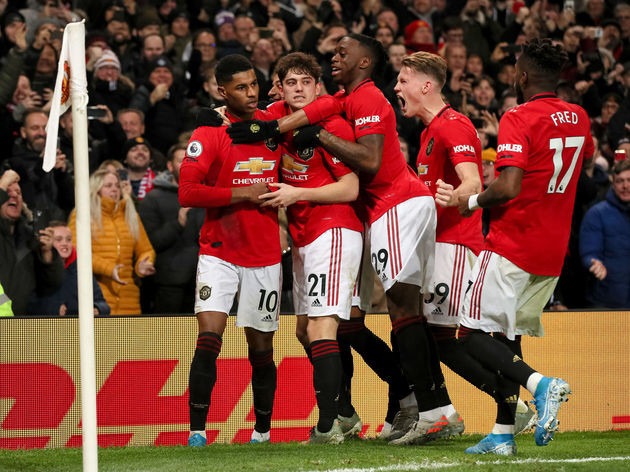 Pep Guardiola wouldn’t change his much favoured 4-3-3 system for Manchester United, he knows doing that will affect his team’s way of playing. Ole, meanwhile might revert to 3-5-2 just like he did against Tottenham and rely on wing football to take pre-eminence in this clash.

Man City’s midfield trio of Bernardo, De Bruyne will be essential in fast forward thinking if they want to feed Sterling and Aguero because McTominay and Fred will  be ordered to close down the spaces in midfield like they did against Tottenham. With Pogba unavailable through injury, less ball will be wasted in midfield which could play into Manchester United’s hands especially when counter attacking. 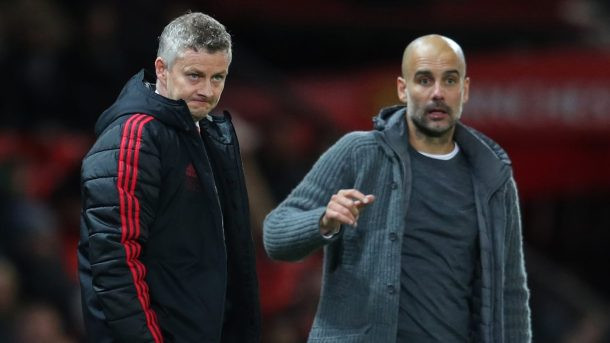 Solksjaer has been waxing lyrical ahead of this weekend’s match, and in his Friday press conference claimed the club is bigger than Manchester City but that he hopes to close the gap between his club and their rivals.

On Friday, Solskjaer said in his pre-match press conference: “It took many years before I played a Manchester derby myself,” indicating that Manchester United had been a top-level team several years before City became one too.

“Each fan loves their clubs and that’s why they support them. It doesn’t matter if you have a lot of success in the past, it’s part of what they feel.”

“Normally, supporters want to see their teams win and win and win. But they support them even in bad circumstances.”

“I learnt about Manchester City’s history and in the bad, bad moments, the support was almost higher or louder than, for example, now.”

“So if you’re looking at the trophy cabinet, they are better, no doubts about that. Numbers are numbers and in that situation, they’ve lifted more titles than us,” Guardiola further explained, before concluding:

“But we’re trying to be there for as long as possible and for City fans, Manchester City will always be better. Like United fans believe they are better.”

Star men to watch out for

Sergio Aguero, Raheem Sterling and Marcus Rashford should all be looked at. With just one turn, shot or sleek movement this men can make the game change in a split second. 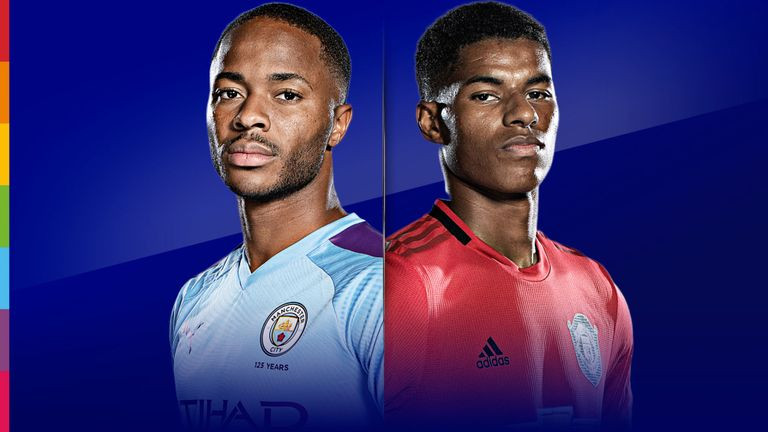