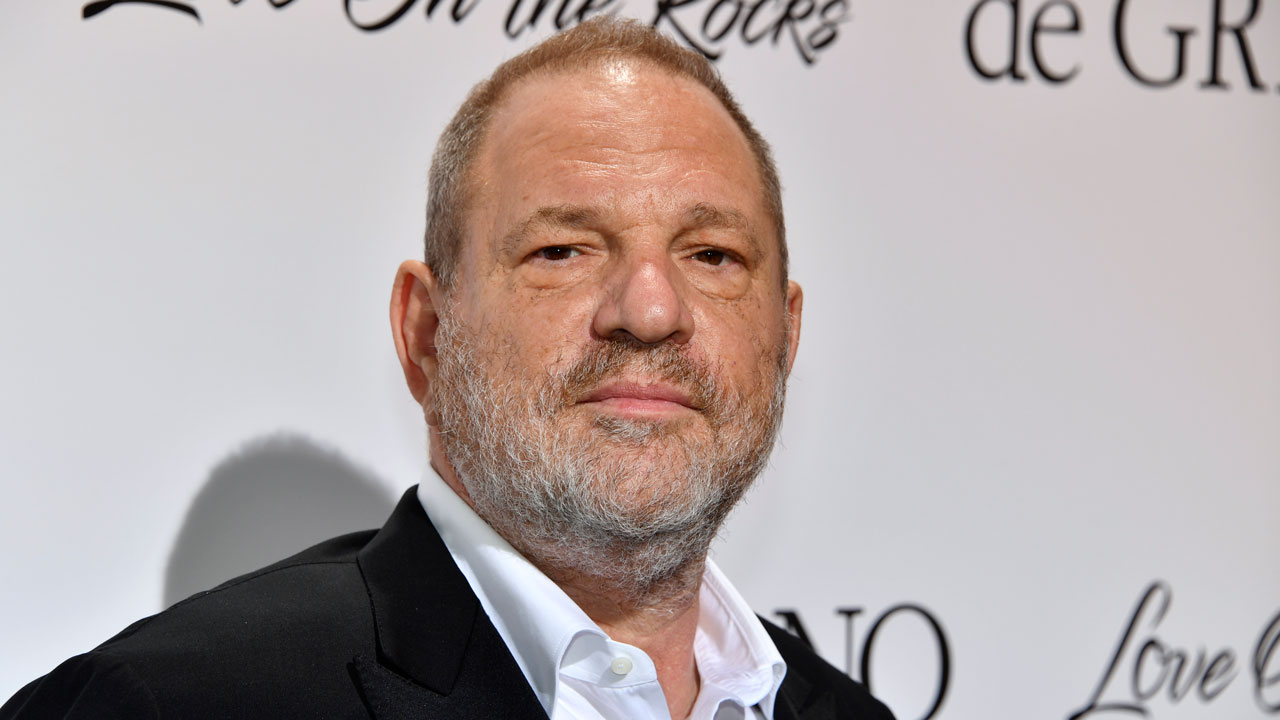 This file photo taken on May 23, 2017 shows US film producer Harvey Weinstein posing during a photocall as he arrives to attend the De Grisogono Party on the sidelines of the 70th Cannes Film Festival, at the Cap-Eden-Roc hotel in Antibes, near Cannes, southeastern France, on May 23, 2017. The Weinstein Company has launched an internal probe over sexual harassment claims against co-chairman Harvey Weinstein, confirming he has taken an "indefinite" leave of absence. Revelations that the Hollywood mogul sexually harassed women for nearly three decades prompted three of the company's nine board members to resign, according to The New York Times which broke the news in a bombshell report earlier this week. Yann COATSALIOU / AFP

The women’s allegations against the 65-year-old movie mogul, according to the magazine, include unwanted oral sex and forced oral and full sex. Weinstein denies all charges, according to a statement from his spokeswoman Sallie Hofmeister, circulated among US media.

The accusations will be seen as a hugely damaging escalation of the scandal engulfing the Oscar-winning producer, as the numerous allegations which led to his weekend sacking from The Weinstein Company had so far been limited to complaints about harassment.

She told the publication she had maintained her silence until now for fear that Weinstein would “crush” her, adding: “I know he has crushed a lot of people before.”

She said Weinstein, who has weighed up to 300 pounds (136 kilograms), terrified her due to his immense size.

“It wouldn’t stop. It was a nightmare,” she added, revealing that she had felt forced to pretend she was enjoying the attack in hopes that it would be over with sooner.

Lucia Evans, an aspiring actress, said she met Weinstein at the Miramax office in New York in 2004 and that he forced her to perform oral sex on him.

“I tried to get away, but maybe I didn’t try hard enough. I didn’t want to kick him or fight him.”

Evans said she was overpowered and “just sort of gave up.”

“That’s the most horrible part of it, and that’s why he’s been able to do this for so long to so many women: people give up, and then they feel like it’s their fault,” she added.

Another woman, who was too afraid to allow her name to be published, told the New Yorker Weinstein brought her to a hotel room for a meeting.

He changed into a bathrobe, she said, and “forced himself on me sexually.”

She felt “horror, disbelief, and shame,” and thought about going to the police, but decided it would be a case of “he said, she said,” and worried about how powerful his legal team would be, and how much she had to lose.