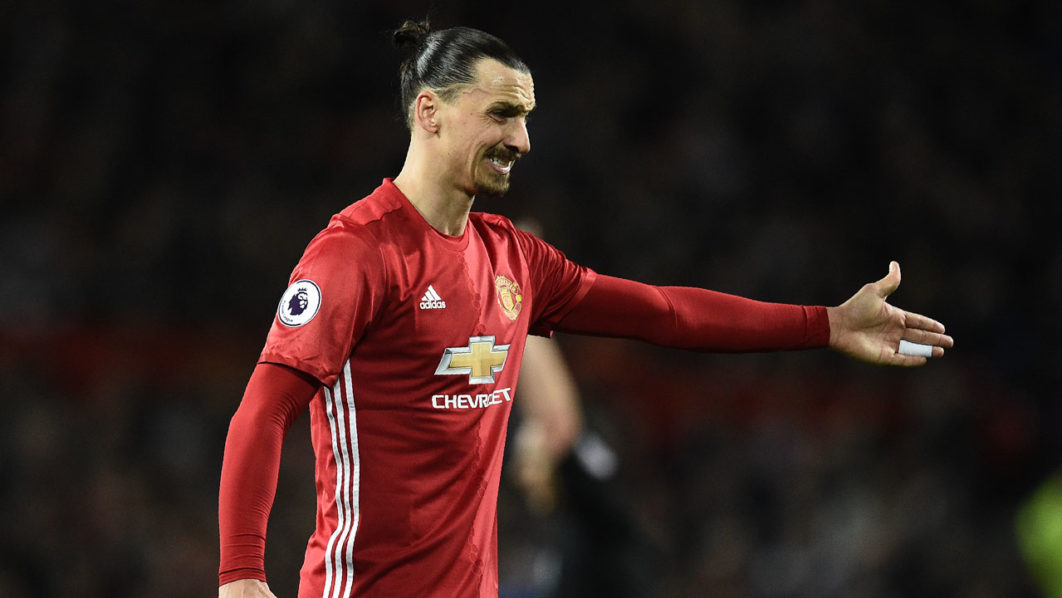 Zlatan Ibrahimovic’s Major League Soccer debut for the Los Angeles Galaxy could come as soon as Saturday, said Galaxy manager Sigi Schmid who described the Swede as “not a normal, mortal human’.

The Swedish star won’t arrive in Southern California until Thursday night and is due to meet his new teammates on Friday morning.

But Schmid didn’t rule out the possibility that he’d be ready to play a role on Saturday when the Galaxy take on their new cross-town rivals Los Angeles Football Club, at StubHub Center in suburban Carson.

“You’re talking about Zlatan Ibrahimovic,” Schmid said in comments posted on the team’s website. “You’re not talking about a normal, mortal human. I’m sure he’ll tell you the same.

“He’s a competitor. He loves to compete and he loves challenges. If you ask me is he 90 minutes fit for Saturday, no. But will he play a role in the game? Quite possibly.”

The giant 6ft 4ins tall (1.95m) striker has an ego to match his towering physique, but has backed up his boasts by collecting an incredible 31 winners’ medals in spells with Ajax, Inter Milan, Barcelona, AC Milan, Paris Saint-Germain and Manchester United.

That total doesn’t even include two Serie A titles won on the field with Juventus but subsequently stripped for the Italian giants role in the Calciopoli match-fixing scandal.

He signed with the Galaxy after securing his release from United, but hasn’t played since re-injuring his right knee in December.

He hasn’t played for United this season since featuring in a 2-2 draw against Burnley on December 26.

Schmid said he and his staff are exploring how best to utilize Ibrahimovic.

“Obviously we think him coming in when he comes in, he might play a part in the LAFC game,” Schmid said. “But we really have to see where he’s at physically.

“But, yeah, we’re starting to think about how it could all fit together.”

Schmid certainly has no concerns on that front.