Winning a gold medal is usually a cause for unmitigated celebration.

But not for Israel judo star Tal Flicker as he stood atop the podium at this week’s Abu Dhabi Grand Slam, having triumphed in the men’s half-lightweight division.
Instead of Hatikvah, Israel’s traditional national anthem, tournament organizers played the official music of the International Judo Federation (IJF).
Instead of the flag of Israel, the IJF’s logo was raised.
“It was weird,” Flicker told CNN Sport from the IPIC Arena. “Israel is my country and I’m proud to be from Israel.
“I sang Hatikvah because I don’t know anything else. This is my anthem.”

‘The world knows where we’re from’

Flicker had feared this might happen, given the UAE has no diplomatic ties with Israel and like most other Arab countries doesn’t recognize it as a state.
“There’s nothing sweeter than the moment of victory, the 25-year-old posted on his Facebook page ahead of the tournament. “That feeling that you did it for yourself, the family, team, and of course for the country.
“With or without the flag, I will face the difficulties and any rival in front of me. We’ll do anything to get to Abu Dhabi and end up on the podium.
“Everyone in this world knows where we’re from and which country we represent. I am the proudest in the world to be Israeli.”
He and his 11 compatriots competing at the elite international event were already forced to wear judogis (judo uniforms) without the typical identifying symbols of their nationality. 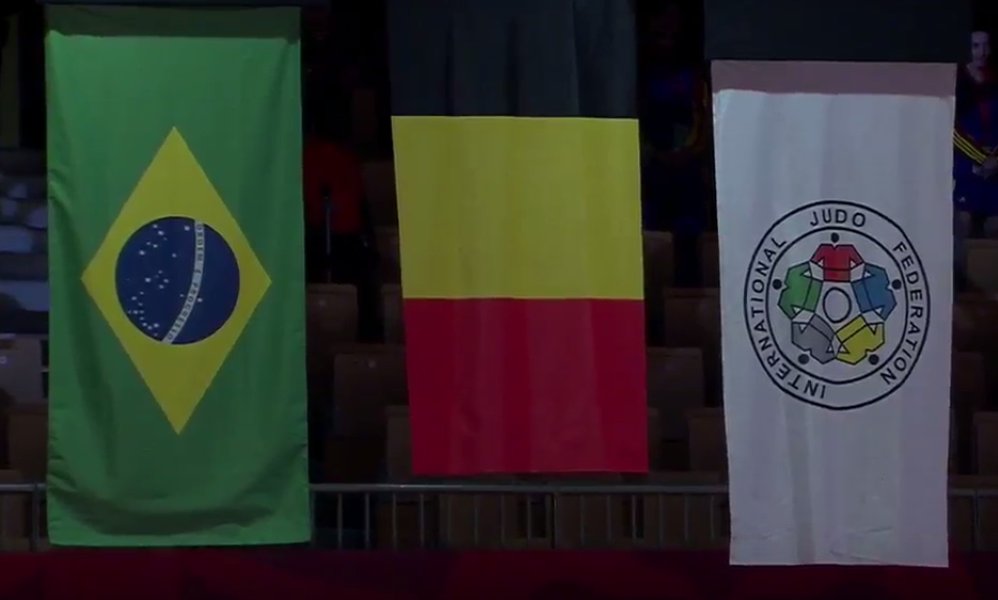 ‘s Gili Cohen won bronze at #JudoAbuDhabi2017, but instead of raising her flag, they’re raising the @IntJudoFed‘s.

Twitter Ads info and privacy
Earlier that day, fellow Israeli Gili Cohen — bronze medalist in the women’s half-lightweight division — had also stood by solemnly as the IJF’s flag was raised.
“No Israeli anthem or flag. A disgrace to the spirit of sports,” posted the Embassy of Israel in the US. ” A disgrace to the spirit of sports.”
“It’s an outrage,” tweeted Emmanuel Nahshon , Israel’s Foreign Ministry Spokesman. “Blatant hypocrisy. Shameful.”
The UAE embassy in London and the UAE government did not immediately respond to CNN’s request for comment.