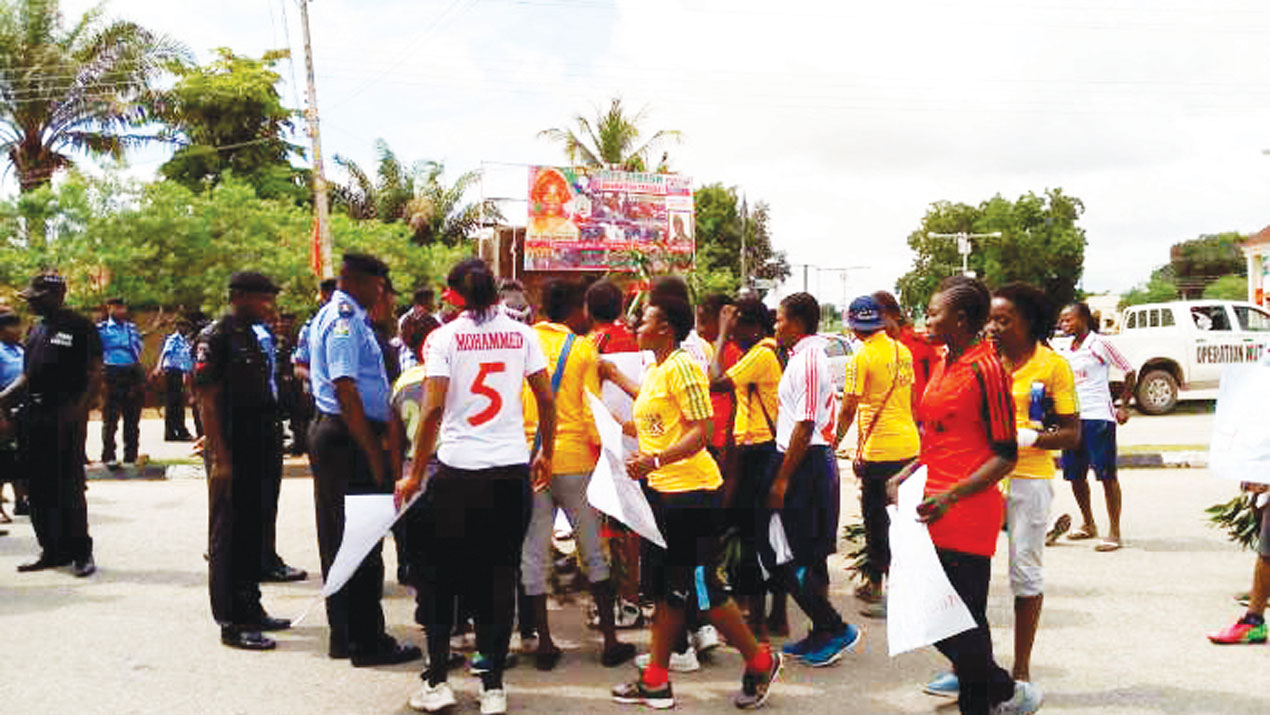 Taraba Queens players in front of the State House, Jalingo, before policemen swooped on them.

The Nigerian Women Football League (NWFL) has condemned the recent Police’ attack on players of Taraba Queens at the Taraba State Government House allegedly on the orders of the government.

Players of FC Taraba and Taraba Queens were on Thursday assaulted by the Nigeria Police during a peaceful protest demanding their almost a year and half unpaid salaries in Jalingo, the state capital.

The football players had gathered at the State House to protest their unpaid salaries and in the process stopped visitors and staff from entering the premises.

The players accused the Taraba State government of deliberately refusing to pay their salaries and bonuses despite the recent bailout funds it received from the Federal Government.

The Nigeria Police attached to the Taraba State Government House and other security personnel swooped on the players armed with horsewhips rifles, tear gas and in the process injured three players and detained some others.

Speaking on the development, NWFL Chairperson, Aisha Falode said, “we don’t want to believe that the government will direct the Police to beat up footballers, who came to demand for their salaries and bonuses.

“These are breadwinners of their families and you can imagine what they have gone through all the period they have not been paid for their labour.“I want to appeal to Governor Darius Dickson Ishaku to look into this case and bring everybody involved in the ill-treatment of the girls to book.

“We believe that Governor Ishaku, who is a loving father, did not send anybody to beat up these girls, who are Nigeria’s mothers of the future. It is the handiwork of some overzealous officials, who must be made to realize and respect the sanctity of womanhood.” Taraba Queens are a Nigerian Women Professional League (NWPL) team based in Jalingo and owned by the Taraba State government.