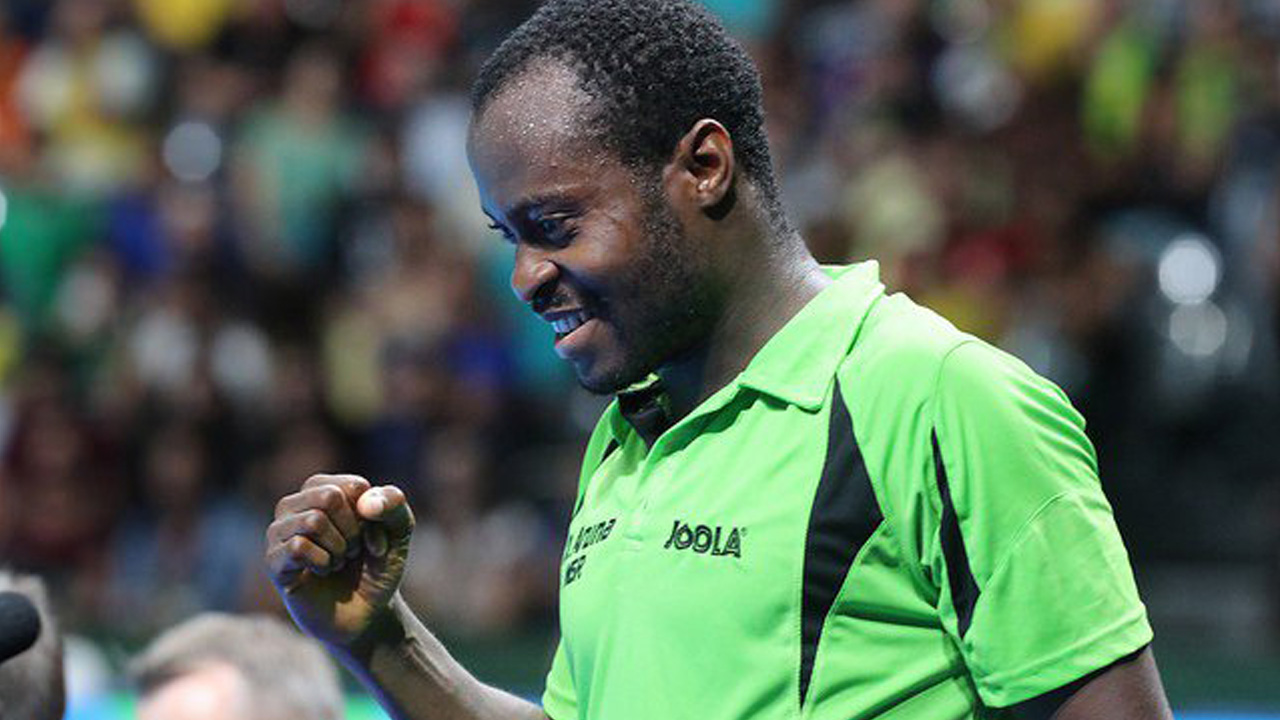 Former National Table Tennis Coach, Babatunde Obisanya has described the deal between Aruna Quadri and Nigeria Premier Lotto in Liege, Belgium, as a step to better things for the African champion.

Quadri, who represented Africa at the just ended International Table Tennis Federation (ITTF) Men’s World Cup in Liebherr, Germany signed an agreement with the sports betting company worth N27 million to enhance his chances of excelling at the Tokyo 2020 Olympics.

Speaking to The Guardian yesterday, Obisanya said, “I believe Quadri has more potential than what he is showing now, but he is lacking serious back up. Since the government is not assisting him, I think that whatever that comes his way now should be okay for a start before he gets bigger deals.

“With the involvement of Mr. Enitan Oshodi, who I know has a background in law, I believe the deal means well for Quadri. But my grievance against the government has been that they always like to reap from where they did not sow. It is only when there is success that you see them coming out for identification.”

The agreement between Quadri and the Nigeria Premier Lotto deal is touted to be the biggest ever signed by any table tennis player in Africa. It makes the Olympics quarterfinalist the first sports ambassador to be contracted by the firm.

As part of the arrangement, the contract gives the firm the right to use Quadri’s name, likeness, voice, signature and biographical details as well as photographs and other materials in promotional, sponsorship, advertising or marketing material relating to the firm’s products.