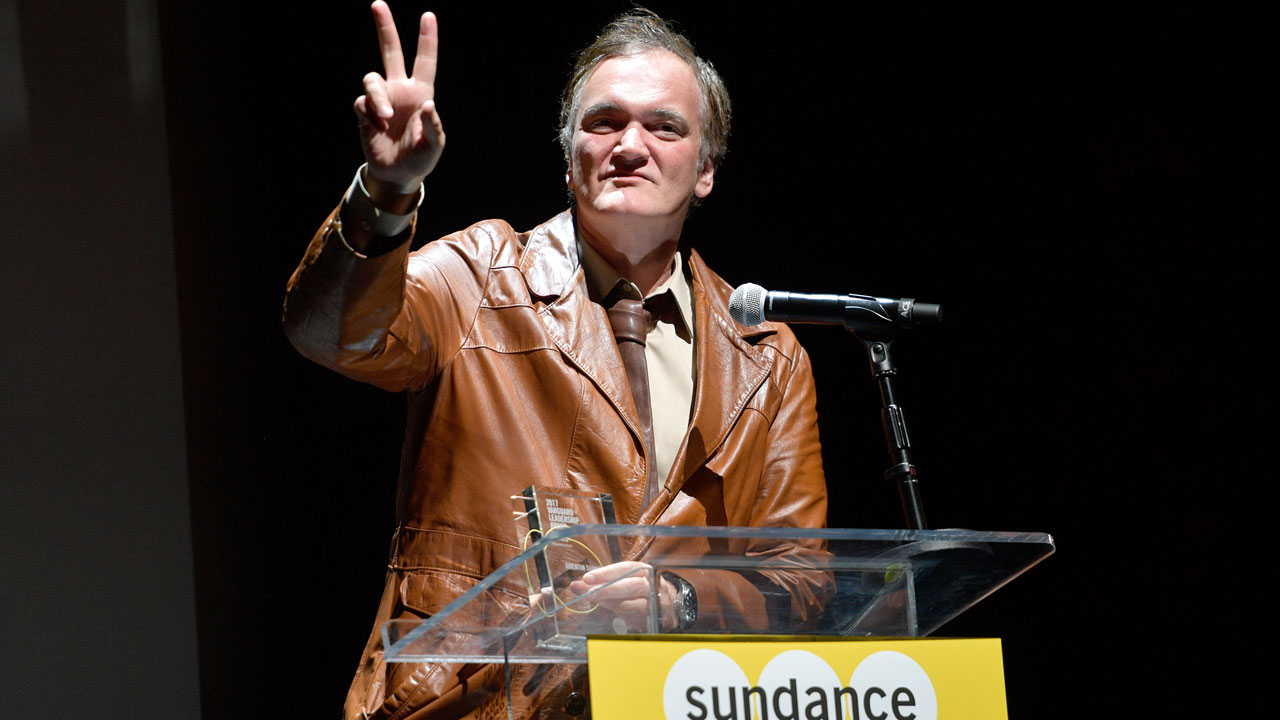 (FILES) This file photo, taken on August 10, 2017, shows Vanguard Award recipient Quentin Tarantino speaking onstage at Sundance NEXT FEST After Dark at The Theater at The Ace Hotel in Los Angeles, California. Quentin Tarantino admitted knowing for decades about Harvey Weinstein's alleged sexual misconduct, confessing in an interview published on October 19, 2017, to feeling ashamed that he did not stop working with the mogul. Matt Winkelmeyer / GETTY IMAGES NORTH AMERICA / AFP

Quentin Tarantino has admitted knowing for decades about Harvey Weinstein’s alleged sexual misconduct, confessing in an interview published Thursday to feeling ashamed that he did not stop working with the mogul.

The explosive admission to The New York Times came with allegations of assault and harassment mounting against the disgraced Hollywood tycoon as Los Angeles police announced they were investigating a sixth sex attack allegation.

“I knew enough to do more than I did,” Oscar-winning Tarantino, 54, told the paper of his friend and mentor, citing several episodes involving prominent actresses.

“There was more to it than just the normal rumours, the normal gossip. It wasn’t secondhand. I knew he did a couple of these things.”

Weinstein, 65, is accused of decades of sexual abuse and harassment by around 40 actresses, including stars Gwyneth Paltrow, Angelina Jolie and Mira Sorvino, Tarantino’s ex-girlfriend.

The veteran producer, who resigned from the board of The Weinstein Company this week, having already been sacked as its co-chairman, has so far denied all allegations of forcing himself on his accusers.

Tarantino said in the Times interview that he had heard about Weinstein’s behaviour long before investigations published in that paper and the New Yorker which prompted a flood of further allegations.

“I wish I had taken responsibility for what I heard. If I had done the work I should have done then, I would have had to not work with him,” Tarantino said.

Sorvino, who dated the director in the mid-1990s, told him Weinstein had made unwanted advances while another actress made similar allegations years later that Tarantino also knew about, according to the Times.

The director said he was also aware that Weinstein had settled with the actress Rose McGowan.

“What I did was marginalize the incidents,” Tarantino said, admitting that he had dismissed them as “mild misbehaviour.”

“Anything I say now will sound like a crappy excuse,” added the filmmaker, who won best screenplay Oscars for black comedy western Django Unchained in 2013 and cult favourite Pulp Fiction in 1995.

Weinstein and Tarantino have worked closely for decades since the producer distributed Reservoir Dogs, in 1992.

The opening of a probe in Los Angeles follows two sex crime investigations launched by police in New York, with London’s Metropolitan Police also pursuing allegations made by three women.

The new case takes Weinstein’s potential legal woes to a new level as it falls within the 10-year statute of limitations for the crime that existed at the time of the alleged incident, according to the Los Angeles Times.

Until now, most of the accusations Weinstein faced were more than a decade old.

The Italian actress and model’s lawyer Dave Ring said in a statement that she had told detectives Thursday how movie producer Weinstein raped her in a hotel room near Beverly Hills in 2013.

“My client is grateful to all the courageous women who have already come forward to finally expose Weinstein,” said Ring, vowing to share information about the case at a news conference planned for Friday.

“These women may not have realized it, but they gave my client the support and encouragement to hold Weinstein accountable for this horrible act.”

The alleged victim, then 34, told the Los Angeles Times the incident occurred at the Mr C Beverly Hills hotel after she attended the 8th annual Los Angeles, Italia Film, Fashion and Art Fest in February 2013.

He showed up “without warning” in the lobby and asked to come up to her room, she told the newspaper. She said she offered instead to meet him downstairs, but added that he was soon knocking on her door.

“He… bullied his way into my hotel room, saying, ‘I’m not going to (have sex with) you, I just want to talk,'” the mother-of-three is quoted as saying.

“Once inside, he asked me questions about myself, but soon became very aggressive and demanding and kept asking to see me naked. He grabbed me by the hair and forced me to do something I did not want to do. He then dragged me to the bathroom and forcibly raped me.”

She said she was too afraid to report Weinstein, instead telling a priest, a friend and a nanny what had happened, but decided to come forward at the request of her children.