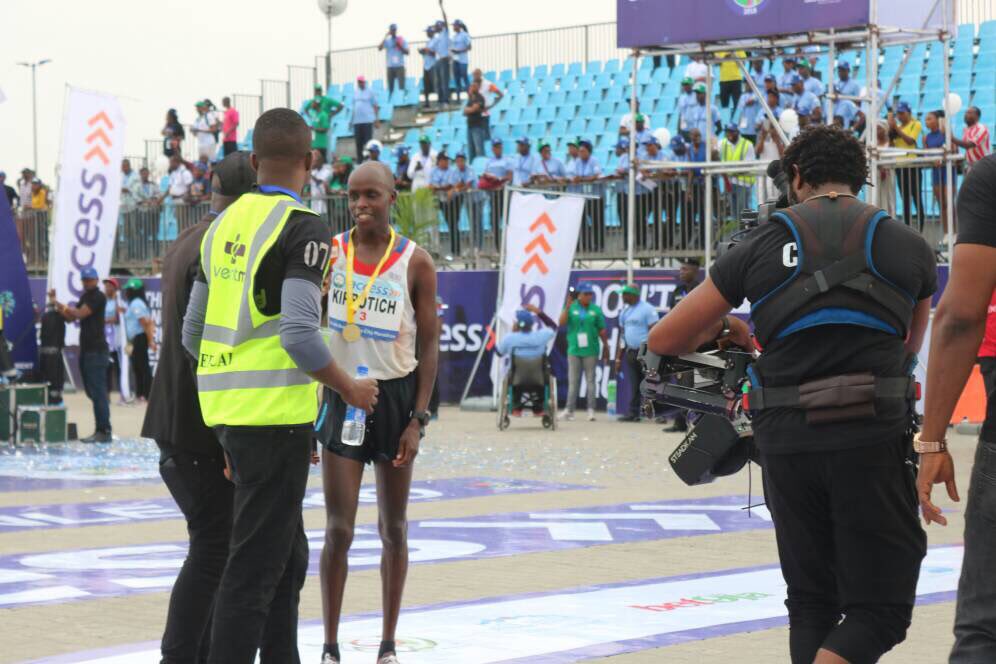 • Olopade Praises Sponsors
Winners of the 2018 Access Bank Lagos City Marathon, Almenesh Herpha and Abraham Kiprotich, will face a formidable opposition this morning when they defend their titles at the IAAF Bronze Label road race.

As the 2019 edition of the race holds this morning, the Consultant, Bukola Olopade, is full of praises for the various sponsors, whom he said, have made the event the talking point in world sports. “I must thank our numerous sponsors for their contribution to the success of the Access Bank Lagos City Marathon,” an elated Olopade told The InfoTrust shortly after a world press conference in Lagos yesterday.

Herpha pulled off a surprise victory 12 months ago, winning in 2:38:25 to finish just 33 seconds shy of the course record. But despite reducing her PB to 2:33:20 later in the year in Beirut, there will be 14 other women with faster PBs on the start line today.

In the men’s race, five of the top six finishers from last year return to Lagos, including defending champion Abraham Kiprotich of France.

At the Sheraton Hotel in Ikeja yesterday, the various title sponsors reaffirmed their commitment towards the success of IAAF Bronze label race adding that they are willing to do more to ensure that the race gets even more recognition.

Olopade, CEO of Nilayo Sports Management Limited and Race Consultant of the Access Bank Lagos City Marathon said he was proud of the numerous gains from the Lagos race so far.

He was however quick to add that he and his team would not rest on their oars.

He said, “Sports is a veritable tool for empowerment. We’ve employed over 2000 people each year and engaged vendors. The Access Bank Lagos City Marathon has changed the lifestyle of so many people; for instance, we now have more running clubs, which is one of the main purposes of the marathon, amongst other things.”