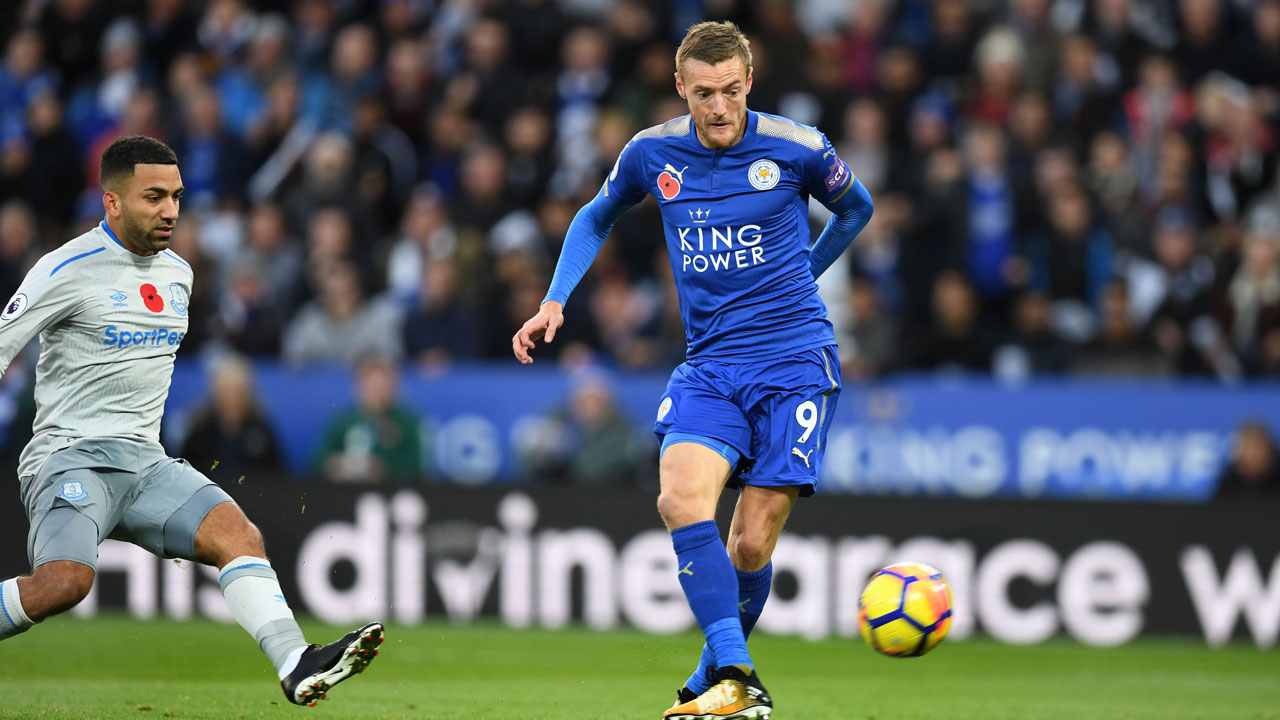 Jamie Vardy gave Claude Puel the perfect start to his Leicester City reign on Sunday as the former Premier league champions returned to their counter-attacking best, brushing aside managerless Everton 2-0.

In a throwback to their 2015-16 title-winning season, Leicester caused problems for the visiting side from the start, breaking with pace and purpose as Demarai Gray proved a real handful for the struggling Merseyside team on just his second league start of the campaign.

Despite a poor start to the season that cost Craig Shakespeare his job, Leicester’s third win of the campaign lifts them to the relative safety of 11th in the table while Everton, who parted company with Ronald Koeman earlier this week, are mired in the relegation zone.

The home side took the lead in the 18th minute following a surging run by Gray, who picked up the ball deep in his own half, skipped past a couple of challenges and raced over the halfway line before releasing Riyad Mahrez on the right.

Mahrez crossed for Vardy to blast into the roof of the net, sending the King Power Stadium into raptures.

The rampant hosts were 2-0 up 11 minutes later when Jonjoe Kenny sliced Gray’s effort from the left into the far corner of his own net past the helpless Jordan Pickford. It initially appeared to be an own goal but was awarded to Gray following a review.

Everton’s caretaker boss David Unsworth made a double change at half-time, bringing on Oumar Niasse and Beni Baningime for Aaron Lennon and Kevin Mirallas but although his team were brighter, Leicester kept them at arm’s length, limiting clear-cut chances.

The away team enjoyed the bulk of the possession as the game wore on and Unsworth brought on Gylfi Sigurdsson for Wayne Rooney with just over a quarter of an hour still to play, but it was Leicester who were again the more threatening side in the closing stages.

Earlier, Brighton and Hove Albion recovered from conceding an early goal to draw 1-1 with Southampton in a dull clash of south-coast rivals, a result that leaves both clubs in mid-table.

Southampton took the lead in the seventh minute when Steven Davis pounced after a brilliant free-kick from James Ward-Prowse came back off the woodwork.

Newly-promoted Brighton levelled shortly after the break when Glenn Murray headed in a Pascal Gross cross from the right at the back post.

Pep Guardiola’s free-scoring side beat West Bromwich Albion 3-2 away from home, after a late Anthony Martial goal was enough for United to edge third-placed Tottenham Hotspur 1-0 at Old Trafford.

Elsewhere, there were wins for Chelsea, Arsenal and Liverpool as the ‘Big Six’ began to flex their muscles, now occupying the top six places in the table.