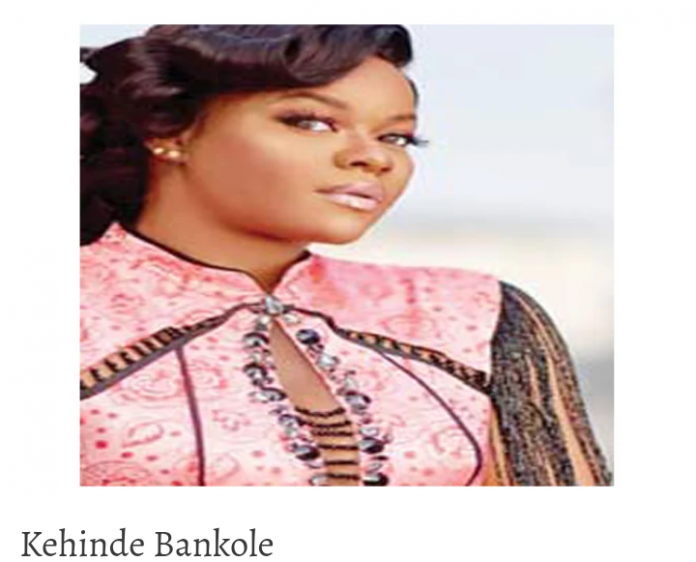 Actress, Kehinde Bankole, is excited about playing the role of political leader, women’s rights activist, educator and matriarch of the Kuti dynasty, Funmilayo Ransome-Kuti, in a highly anticipated biopic to be directed by Bolanle Austen-Peters.

On how she feels clinching the role, Bankole told Sunday Scoop, “Playing this role is a rare opportunity to awaken my inner strength as all women should. There are many serious nation-building roles to play and we must not wait in the sidelines for those positions to be handed to us. We must take responsibilities, whether or not positions come. The truth about the objectives we are trying to achieve will prevail eventually. We would have succeeded in driving the growth we all know we deserve.

“We cannot let the efforts of great women such as Funmilayo remain just in history. It is our responsibility to do something in our time now too. We are all responsible for whatever we want the future of Africa to be.”

Bankole also noted that her personality traits and that of the late Ransome Kuti were similar. She said, “It is such a humbling privilege to find out that in more ways than one, my personality traits are similar to that of the late Ransome Kuti. I detest injustice and corruption, and this is indeed a deep and very personal call for me to speak up more and partake in whichever area of nation building requires our voices to be stronger. It is a call both young and old should answer. This film would educate the younger generation about heroines like Funmilayo Ransome Kuti and also about fulfilling their dreams and purposes.”