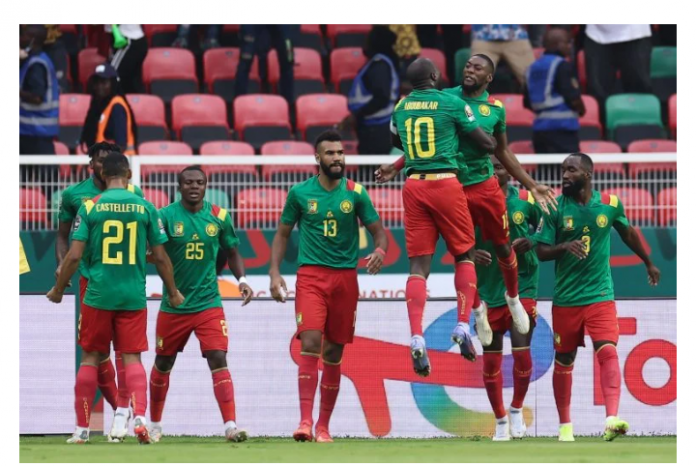 Cameroon captain Vincent Aboubakar led from the front with a clinical double as the Africa Cup of Nations hosts swept to a 4-1 win over Ethiopia.

At the Olembe Stadium in Yaounde, Aboubakar and Karl Toko Ekambi feasted on generous defending to make it two wins from two for Cameroon. For Aboubakar, this was his second double in AFCON so far, after also scoring twice in the opening win over Burkina Faso.

Ethiopia stunned the home crowd with a fourth-minute opener, Dawa Hotessa tucking in from close range after some dismal defending. But there was a near-immediate response, Cameroon levelling with a fine header from Toko Ekambi in the eighth minute.

Aboubakar saw a 25-yard shot repelled by Ethiopia goalkeeper Teklemariam Shanko in the lead-up, but Collins Fai collected the loose ball wide on the right and sent in a fine cross for Toko Ekambi to finish clinically at the far post.

It was another cross from Fai that caused chaos in the Ethiopia penalty area and allowed the hosts to edge 2-1 ahead in the 53rd minute. The delivery came from the right once more, and Aboubakar powered his header down into the ground and into the back of the net.

Aboubakar’s second arrived two minutes later, the striker tucking in Nicolas Moumi Ngamaleu’s low cross from the edge of the six-yard box. Toko Ekambi, who also hit the post with a header, completed his own double with a powerful low shot in the 67th minute as Ethiopia’s defence stood off, unable to handle Cameroon’s quality once more, the story of the game encapsulated.

AFCON: Six Dead, Many Injured In Stampede After Cameroon Vs Comoros

‘We Crashed Out After His Call’, Nigerians On Social Media Blame Buhari For Loss To Tunisia

JUST IN: Eguavoen Steps Down As Super Eagles Coach After AFCON 2021 Exit

AFCON: We Had The Desire To Win – Tunisian Coach