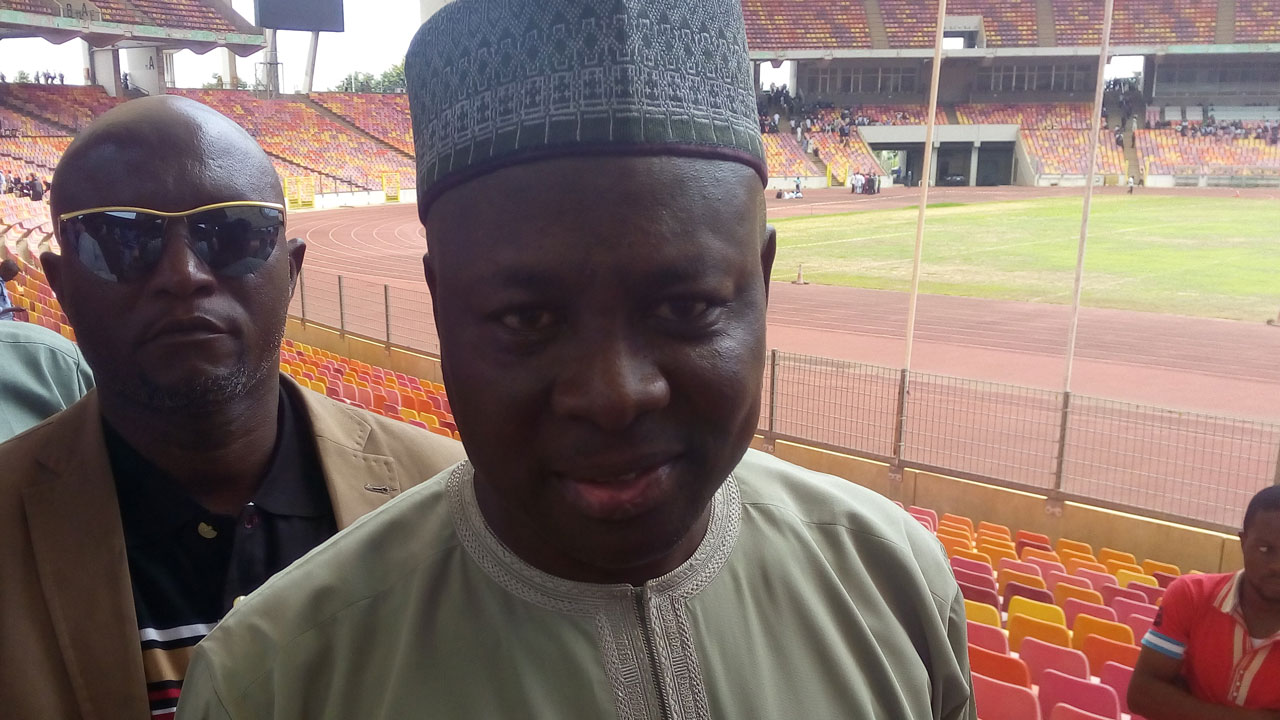 The crisis rocking the Athletics Federation of Nigeria (AFN) have taken a dangerous twist following alleged moves by majority of the board members to remove its president, Ibrahim Gusau, who was elected on June 13.

The crisis rocking the Athletics Federation of Nigeria (AFN) have taken a dangerous twist following alleged moves by majority of the board members to remove its president, Ibrahim Gusau, who was elected on June 13.

While the AFN, the country’s second biggest sports federation, is still struggling for identity, Team England yesterday named 75 athletes as part of its contingent for next year’s Commonwealth Games in Gold Coast, Australia.

The AFN has been swimming in crisis since that controversial election in Abuja. A new dimension was added to the crisis when Gusau and ‘his kitchen cabinet’ came out with a list of committees and their membership. The development did not go down well with some other elected board members, who have vowed to ‘teach’ Gusau a bitter lesion.

Sources told The Guardian yesterday that one of the aggrieved board members, Brown Ebewele, a former commissioner for sports in Edo State, has embarked on a tour round the various zones, collecting signatures of people who will constitute the required number of delegates for an emergency congress.

The aggrieved members were said to have contacted both the Confederation of African Athletics (CAA) and the world body (IAAF) on the need for emergency congress of AFN since Gusau was not forthcoming on how to resolve the crisis. The two bodies, The Guardian gathered yesterday, have given the members the go-ahead with the emergency congress.

Speaking with The Guardian on phone yesterday, Ebewele said: “We just have to do this to save Nigerian athletics. Look at other countries already pushing ahead with their plans towards the 2018 Commonwealth Games and other major competitions, but we are beating around the bush in Nigeria.

“As we speak, I am leaving Umuahia in Abia State and heading to Port Harcourt collecting signatories of people required for an emergency congress of the AFN. I have gotten the number we need from the South-South and South-East. My other colleagues are doing the same in the South West and northern part of the country. We have to move forward,” Ebewele stated.

Meanwhile, Team England will include 75 athletes as part of the largest party they have ever sent to an overseas event for next year’s Commonwealth Games in Australia.

Heptathlete Katarina Johnson-Thompson, who was injured for Glasgow 2014, competes in her first Games. Long jumper, Greg Rutherford is fit after being forced to miss this year’s World Championships with ankle trouble.

Team England’s Para-athletics team will be selected at the end of the year. Around 600 athletes and staff will represent England across 18 sports, including 38 para medal events, on Australia’s Gold Coast.