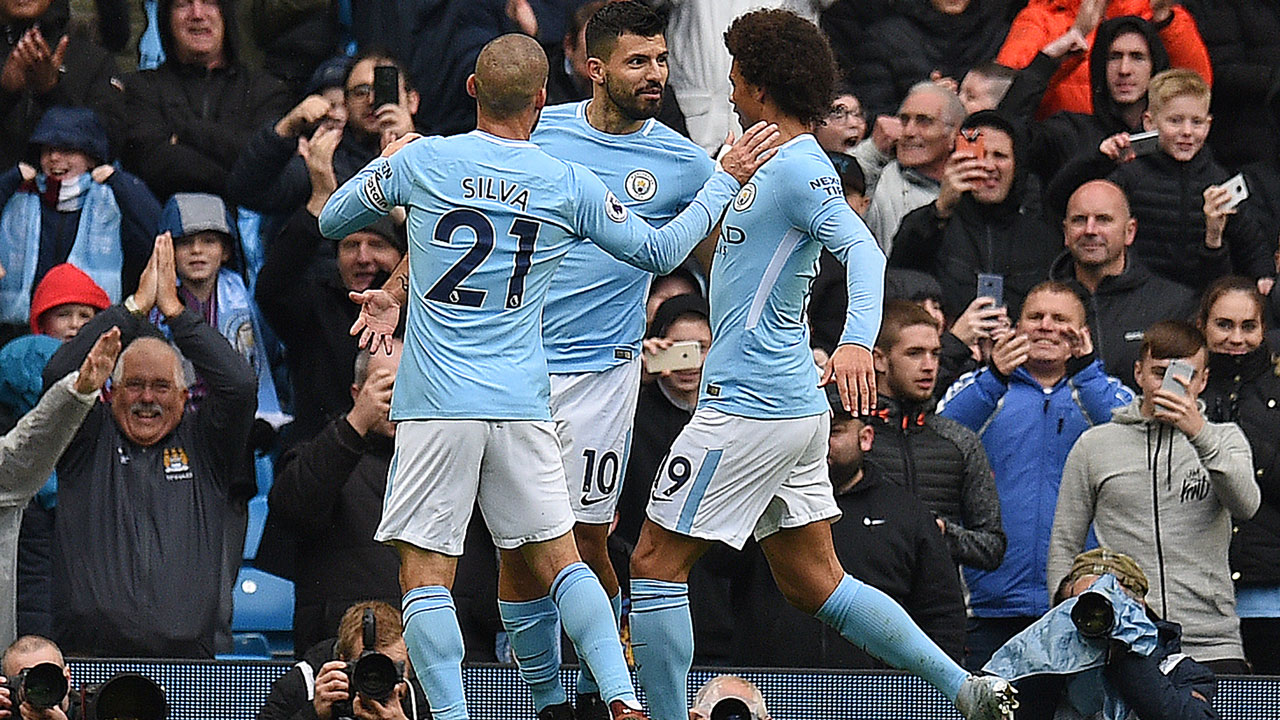 Sergio Aguero equalled Manchester City’s all-time scoring record after netting a penalty in the first half of his side’s Premier League home game against Burnley on Saturday.

It was the Argentina striker’s 177th goal in City’s colours, taking him level with Eric Brook, who played for the club between 1928 and 1939.

Aguero, 29, struck from the spot in the 30th minute at the Etihad Stadium after Burnley goalkeeper Nick Pope was adjudged to have fouled Bernardo Silva.

He was making his first start since breaking a rib in a car crash in Amsterdam three weeks ago.

Aguero joined City from Atletico Madrid in 2011 and has contributed to two Premier League title triumphs and two League Cup successes during his time at the club.

He etched his name in City folklore in his first season by scoring the 94th-minute winner against Queens Park Rangers on the final day that saw his side snatch the title from arch rivals Manchester United.