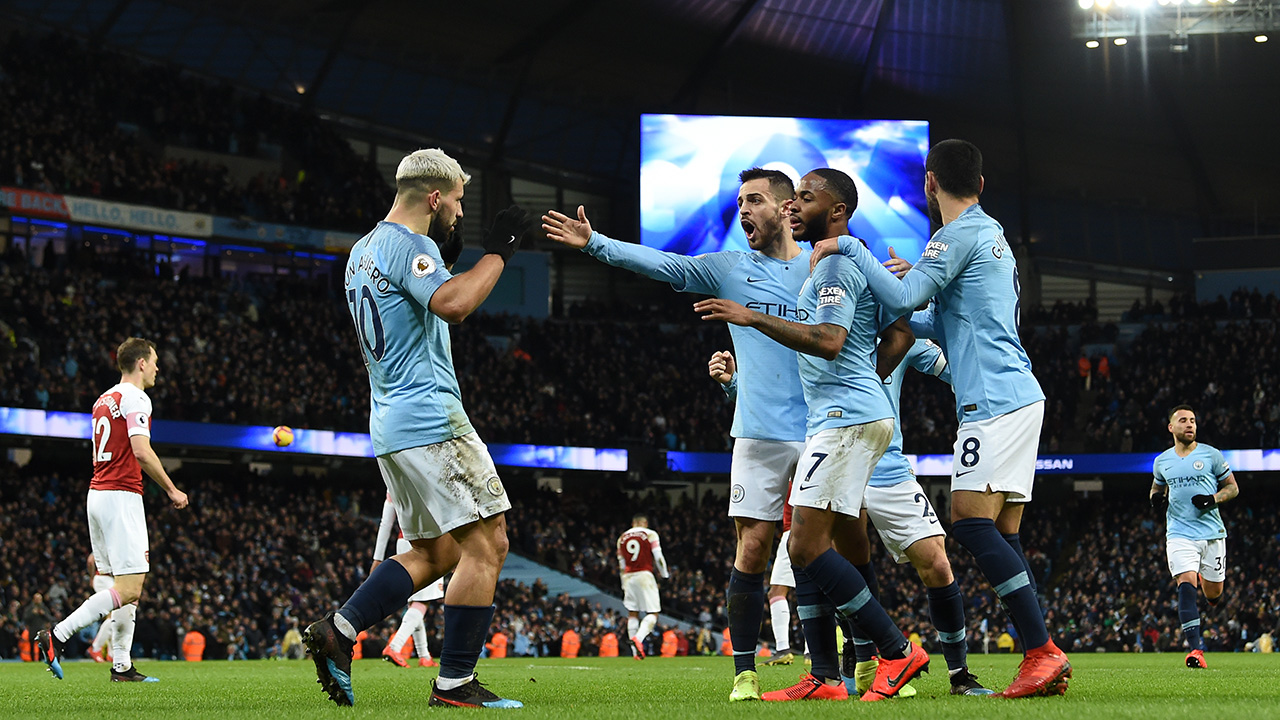 Manchester City reduced the gap at the top of the Premier League to two points for 24 hours at least as Sergio Aguero’s hat-trick helped them to a 3-1 win over Arsenal.

The reigning champions took the lead after 48 seconds through Aguero’s header as Arsenal nearly crumbled early on, but they were soon level as Laurent Koscielny scored a header of his own from a corner on the 11th minute.

But City went in ahead at half-time as Aguero simply finished off from Raheem Sterling’s fine assist on the 44th minute, and the Argentine completed his hat-trick with a fortuitous close-range touch off the side of his body in the 61st minute, though there was a suspicion of handball.

The result means pressure is back on Liverpool to regain their five-point lead against West Ham today, while Arsenal move down to sixth, three points off the top four.

Having missed a simple header early on, 21-year-old Rashford compensated in the ninth minute, skilfully latching on to a lovely dink from Paul Pogba over Leicester’s defence to smash the ball past Kasper Schmeichel from close range.

“It was a great finish. The kid has improved and improved,” said a delighted Solskjaer, who has enjoyed nine wins and a draw in all competitions since taking over as caretaker manager from the sacked Jose Mourinho in December.

Rashford is the youngest player to reach a century of top-flight appearances for the Red Devils since Ryan Giggs in 1993.

Struggling under Mourinho, he and Pogba have been in superb form since the moment former Manchester United favourite Solskjaer walked in. Yet yesterday’s win lacked the fluency and joie de vivre of other performances.

Chilean forward Alexis Sanchez was disappointing again, looking miserable when substituted in the second half.

“They won’t be too happy. They know they can do better,” Solskjaer said of his team, smiling at the win even so.

The victory moved United on to 48 points, two adrift of Chelsea in fourth place.

Solskjaer’s men have dropped points only once under him – a 2-2 draw with Burnley on Tuesday – and are now firmly aiming for the top-four spot that would give them Champions League football next season.