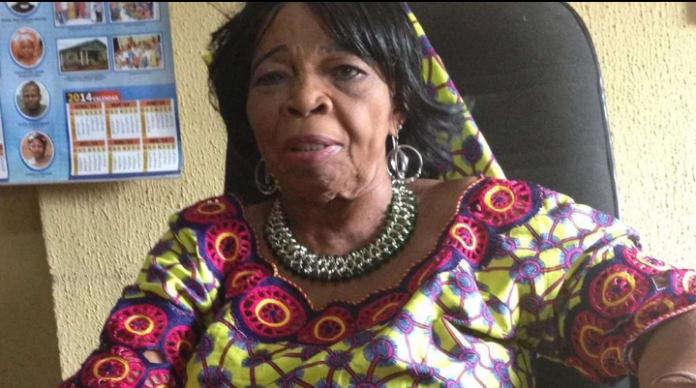 The remains of Lady Victoria Aguiyi-Ironsi, the wife of the country’s first military head of state, were on Friday laid to rest in her husband’s country home in Umuezuwere Umuana-Ndume in Umuahia, Abia State.

Victoria, who died on August 23 at the age of 97, had eight children, including a former Defence Minister and Nigeria’s Ambassador to Togo, Amb. Thomas Aguiyi-Ironsi.

In a sermon during a requiem mass in her honour at St.Theresa Catholic Church, Afara Umuahia, Rev. Fr. Henry Maduka, described her as “a courageous and unwavering woman of faith.”

“She was an elegant and humble woman, who undertook the challenge of bringing up her children after the death of her husband, late Gen. Thomas Aguiyi-Ironsi. It was her Catholic faith that led her through her turbulent times,” Maduka said.

He added, “The reality of death confronts us daily but how often do we put our unbridled desire to check?”

The cleric urged Nigerians to reconcile themselves with God by respecting his injunctions in order to escape eternal damnation at death.

According to him, those that will escape eternal damnation are the humble in spirit, pure in heart, peacemakers and those persecuted for defending what is right, among others.

He said God had given  expo (tips) to man to enable him to qualify for eternal life and avoid hell.

“It will therefore be disappointing to lose any soul, having been given an expo that will help us to make heaven.

“Unfortunately, many are not adhering to God’s gospel of redemption,” Maduka said.

In a speech, Gov. Okezie Ikpeazu paid special tribute to the deceased, saying that “she espoused the virtues of nobility, hardwork, comportment and faith.

“These were the virtues she possessed that saw her through the trying period, following the death of her husband.

I chose to describe her death as the closure of a great chapter that started in Ibeku land, where a great man sprang up to serve Nigeria and paid the supreme sacrifice in the course of doing so,” Ikpeazu said.