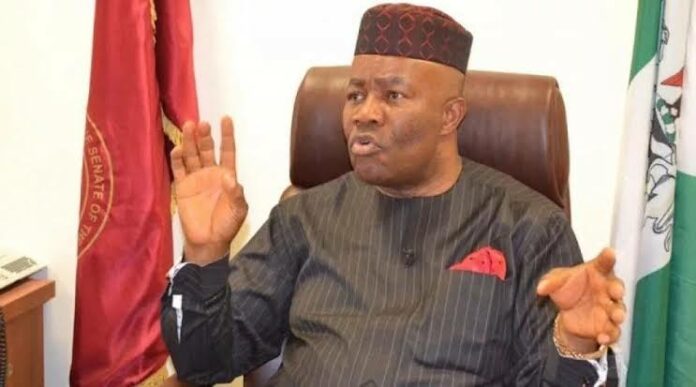 The people of the area had been in darkness for the past 14 years, according to the Senator representing them at the red chamber, Nicholas Tofowomo.

Akpabio spoke at the National Assembly when he appeared before the Senate Committee on Niger Delta Affairs to defend his ministry’s 2022 budget proposal.

The Minister’s assurance was sequel to an appeal made by Tofowomo, who described the blackout in the senatorial district as “embarrassing and despicable.”

Tofowomo had lamented  that “communities in Okitipupa, Ilaje, Ese-Odo, Irele, Odigbo and Ile-Oluji/Oke-Igbo, local government areas of Ondo State have been in darkness for 14 years.”

Minister assured  Tofowomo, “A lot of efforts have been made in that regard and I can assure you that the electricity supply will be restored by the end of this year and the people would be happy about it.”

On the 2022 budget proposal for the ministry,  Akpabio said a total of N28.1 bn was proposed for the Ministry of Niger Delta Affairs of which N1.69 bn is for personnel cost, N877m for overhead cost while a total of  N25.5bn is earmarked for capital expenditure.