Prominent Nigerians among whom are Vice President of Nigeria, Professor Yemi Osinbajo and Governor Seyi Makinde on Friday stormed Ogbomoso for the burial of a former Governor of Oyo State, Christopher Adebayo Alao-Akala.

The former Governor who is a native of Ogbomoso died on 12th January 2022.

The former Governor who was buried on Friday was a former police officer and had served as chairman of Ogbomoso North local government.

The burial was attended by prominent Nigerians among whom are former Senate President, Senator Ken Nnamani; Minister of Youth and Sports, Sunday Dare and Governor Kayode Fayemi of Ekiti.

Vice President Osinbajo while speaking at the burial, hailed the former Governor for being a humane and simple man, who played politics with an open mind.

“Everywhere Alao-Akala went in his days as governor, you would hear the chant of ‘Oyato.’ Of course, he really did many things differently in office. 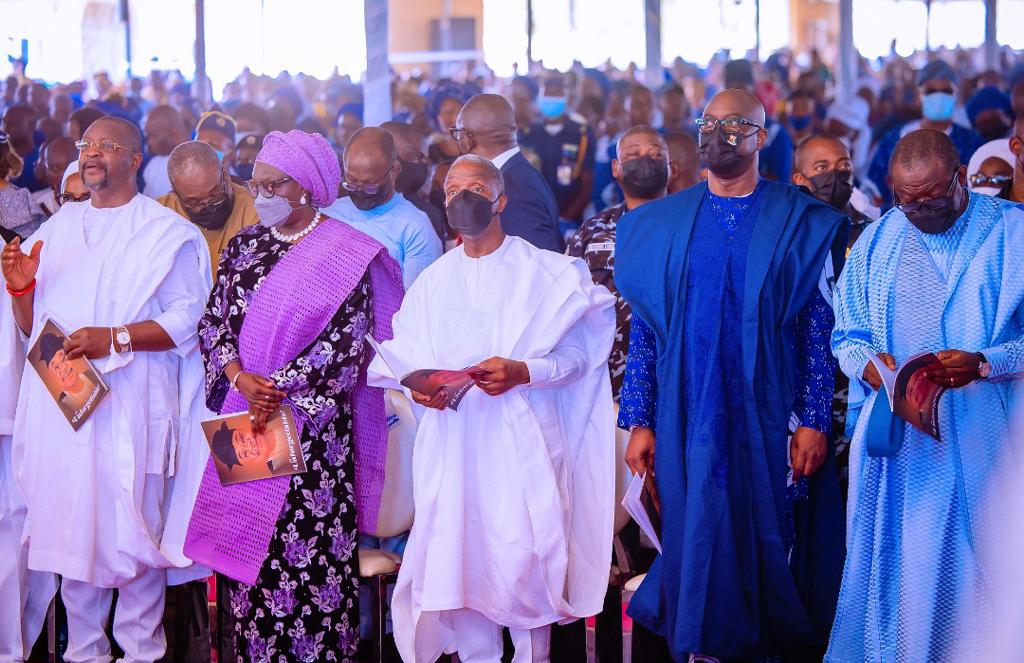 “Alao-Akala practically demonstrated what is possible when you have creativity and compassion. Since his transition in January, I have read several glowing tributes to his memory and the common refrain running through all of those tributes has been the attestation to his uncommon generosity.

Makinde while speaking, declared that the state government would immortalise the former governor.

He said a committee headed by his Chief of Staff, Segun Ogunwuyi has been put in place to work on how best to honour the late Chief Alao-Akala.