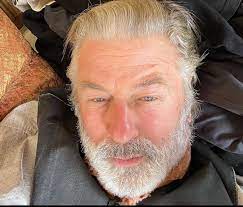 Hollywood star Alec Baldwin said Friday his “heart is broken” after he fatally shot a cinematographer in a shocking on-set tragedy.

The actor, who shot Halyna Hutchins with a prop gun during the filming of a Western in New Mexico on Thursday, said he was fully cooperating with a police investigation.

“There are no words to convey my shock and sadness regarding the tragic accident that took the life of Halyna Hutchins, a wife, mother and deeply admired colleague of ours,” he tweeted.

He added: “My heart is broken for her husband, their son, and all who knew and loved Halyna.”

Uche Maduagwu Apologises To Davido In Towel, Wants Share Of...