Home Crime Alizee’s Murder: I Was Intimate With My Wife – Danish Man Tells... 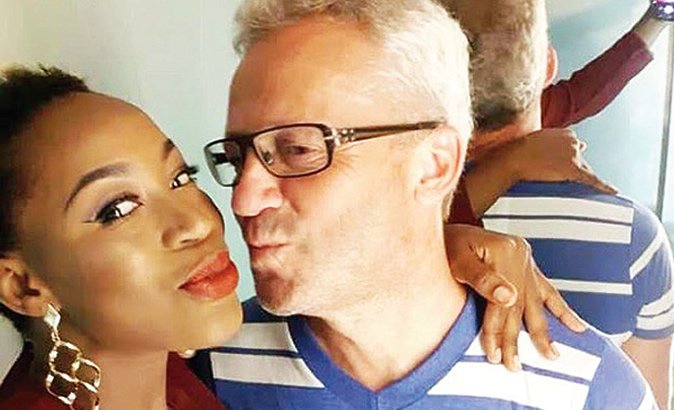 A Danish, Peter Nielsen, charged with murder of his Nigerian wife and daughter, on Tuesday said that he woke up one morning and found them dead on their kitchen floor.

Nielsen said he watched a football match together with his wife and was intimate with her the night before her death.

He said this on the second day of his examination-in-chief as the 10th defence witness.

He was led in evidence by his counsel, Mr Olasupo Shashore (SAN), who told the court that the evidence of the defendant was very crucial to his defence.

Recall that Nielsen was accused of killing his Nigerian wife and singer, Zainab, and their three-and-half-year-old daughter, Petra, on April 5, 2018.

Nielsen told the court that he had a good time with his household the night before the death of his wife and daughter.

He told the court that, on April 4, 2018, his family members watched television together.

Nielsen said his wife joined him to watch a football match on television.

“There was a football match that evening; my wife knew it was a very important match to me, and to my surprise, she watched it with me.

“Around 9:45 p.m., the children went to their room, my wife and I continued watching highlights from the game. It was a very joyful moment.

“Around 11 p.m., we took our bath together, went to our bedroom and we were intimate.

“Around 2:30 a.m., we were woken by our daughter, Petra, who entered our room and said she wanted to watch cartoon on iPad,” Nielsen said.

He said his wife took Petra to their sitting room to watch the cartoon on television.

The defendant said he went to the kitchen and got some juice and snacks for Petra.

He told the court that his wife said she would warm some food for Petra later.

Nielsen said, “I kissed my wife and daughter and went back to sleep about 2:35 a.m.

The defendant said he entered their sitting room and found their maid and other girls standing.

Nielsen said he asked them about his wife but they said they didn’t know her whereabouts.

He said he searched for his wife and saw her lying lifeless with their daughter on the kitchen floor.

Nielsen said there was a strong smell of gas when he opened the kitchen door.

The said said he tried to resuscitate his wife and daughter but when he realised that they were dead he called his wife’s stepfather and told him and his wife to come to Lagos.

He said that policemen arrived at the scene before noon and asked him to call his family doctor.

“The doctor eventually came and, after, certified the two bodies dead,” he said.

Justice Bolanle Okikolu-Ighile adjourned the case until Nov. 23, for continuation of trial.

She further remanded the defendant.

The Lagos State Government had accused the defendant of smothering Zainab and Petra to death at 3:45 a.m. at No. 4, Flat 17, Bella Vista Tower, Banana Island, Ikoyi.

Nielsen was arraigned on June 13, 2018, but he pleaded not guilty to two counts of murder, which contravene Section 223 of the Criminal Law of Lagos State, 2015.