Home News Anambra Poll: What Voters Need To Know Ahead Of Saturday Election 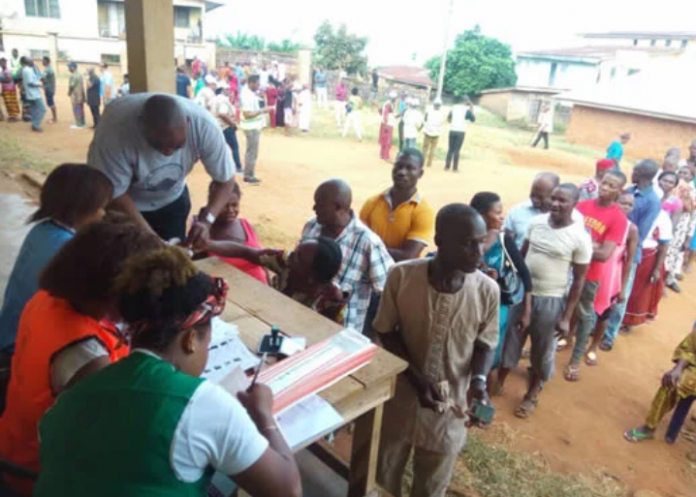 The Anambra State governorship election is finally set to begin with 18 political parties contesting one seat.

The process is expected to take place across the 21 Local Government Areas of the state, although the Chairman of the Independent National Electoral Commission, Prof Mahmood Yakubu, said that not all polling units would have voters.

According to an information sheet provided by INEC, the election will hold with adherence to COVID-19 protocols, with the over 2.5 million voters expected to wear facemasks to their various polling units. Voting commences at 8:30 am and ends at 2:30 pm.

The information sheet reads, “There shall be two queues – one inside and one outside the polling area. You will be called from the outer queue into the voting area in batches.

“By 2:30 pm, the outer queue shall close, but you will vote if you are already in the queue.

“Maintain order while in the queue and keep a distance of two metres (six feet) from other people.”

Voters are also required to show their voter cards to election officials whenever requested.

After you cast your vote, move away from the voting area. You may observe the counting of votes and announcement of result from a designated area.”

INEC also instructed voters that “cell phones or any other device that can take pictures is still not allowed in the voting cubicles.”

They are also mandated to “obey all directives issued by election officials and be orderly at all times.”

“INEC shall not tolerate assault of any election official and you may be prosecuted for doing so.”