Home Headlines Anatomy Of Our Descent – The New Politics 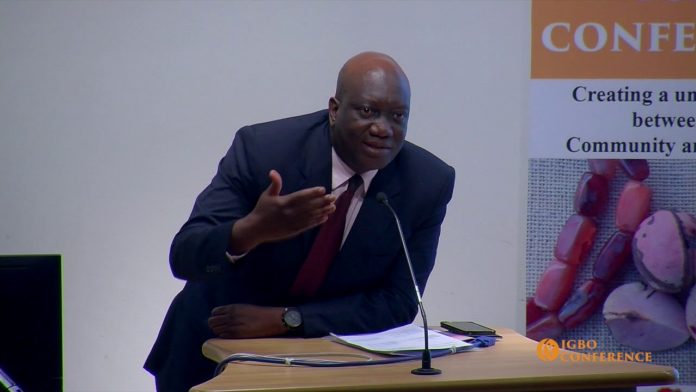 Both a cursory look and deep survey of the Nigerian political landscape bring up a very unflattering portrait of incompetence, venality, insensitivity and a most unwholesome admixture of arrogance and ignorance. More than a few knowledgeable insiders, including brutally honest ones like Rotimi Amaechi, Donald Duke, Nasir El-Rufai and Olusegun Obasanjo, have acknowledged the parlous state of current political thought and practice as illustrated by the lives of politicians and the activities of political functionaries at all levels. Of course, no one would even suggest that ALL politicians are this bad but the good ones are so rare that they are celebrated exceptions.

It is important to examine how we arrived at this sorry pass, for that could help us calibrate the reset button, when we must. The First Republic politicians were far from perfect but they were generally well educated, principled and motivated by ideals, albeit with caveats. For example, a comparison of the political speeches, parliamentary debates and internal party debates between the first two Nigerian republics and the third leaves one in no doubt about the gulf between then and now. Or compare the autobiography of Chief Anthony Enahoro with that of Chief Anthony Anenih and marvel at the weight of the intellectual baggage in evidence. Or compare the real debates about political structure in heterogenous societies, for example in Ernest Ikoli’s NYM and the later Uche Secondus’ PDP and Oshiomole’s APC, if you can bear the pain of dispossession as you tearfully ponder what might have been.

The clue to interpreting this precipitous fall in standards lies, in my view, in the social anatomy of the transition period between the First/Second Republics and the post-Babangida political era; what one might term the interregnum of the militricians and the new political and economic elite. To do this, one needs to get beyond the simplistic notion of ‘military regimes’ as a tangibly different political group with a cohesive structure and instead think of military regimes as cliques of a few soldiers, usually no more than two or three dozen, operating alongside, perhaps the arrowhead, of a powerful ruling elite of a score or two directing minds in various executive organs of government and the commanding heights of the economy.

The altered social millieu at the end of the Second Republic was marked by a temporary retreat of the political and socio-economic vices of that epoch, such as election rigging, political gerrymandering, emergency contractors and briefcase companies, at least until laissez faire corruption resumed in earnest a few months into the Babangida regime. At this time, the fruits of the 1980s Shagari-era fecklessness were nearing harvest and a combination of fiscal deficits, low oil revenues and balance of payments shortfalls pushed us into the hands of the IMF agents of destruction. With the international ascendancy of neoclassical economics and our home-grown fifth columnists like Dr Kalu Idika Kalu, Dr Chu SP Okongwu and Chief Olu Falae having the ears of the IBB junta headmen, the stage was set for a destruction of the middle and working classes. The simultaneous whammies of shrinking savings, falling asset values, rampant inflation and currency depreciation hit the pockets and minds of the worker bees that held the society together.

The immediate implications were that the earlier natural segue from tertiary-level education into comfortable middle class existence was abruptly removed and secure employment fell, dragging our savings and morals down with it. It was Nigeria’s unique misfortune that a prolonged political transition programme was introduced right at this time of increasing personal uncertainty, macroeconomic instability, decaying morals and a noticeable coarsening of the background political culture. This new political culture brought in large numbers of ‘newbreed politicians’ who came into the fray with little more than well-starched guinea brocade outfits, relentless avarice and an amoral ruthlessness that was both intensely unpatriotic and ungodly. They spoke slick and became quite adept at embroidering total bullshit at the grassroots levels, often having many hours of vacuous vainglorious debates that barely disguised their crass mercantilism; men and women of straw on the make and on the take, they were. Many of these newbreed politicians had internalised the bad habits (corruption, rigging, fetishism) of the oldbreed and garnished them with modern touches from the very depths of human depravity, such as you would find in a socially anomic scenario where the moral pillars were dissolving before our very eyes. It became fashionable for aspiring legislators to promise projects for their constituencies if they were elected even though they knew they would not normally control budgets as part of their duties. The twin elements of ‘constituency projects’ and ‘security votes’ became some of the major instruments of the plundering of the public purse at all levels and political office became a distinctly high-yield investment vehicle for which considerable bribes had to be paid for consideration. Many sold their homes for a chance to dip their snouts into the public trough and the larceny jamboree of the next few decades was in motion.

Our collective woes were further deepened by two related social phenomena- the large-scale flight of many middle-class professionals into economic exile abroad, and the acquiescence (by ‘joining them’ or ‘siddon look’), of many of the remaining professionals and civil servants with the new climate of flaky morals, unprincipled pragmatism, gaudy showiness- the revenge of the intellectual proletariat was nearly complete. Into this cauldron of amorality entered the dirty money of the new political godfathers; a motley crew of corrupt ex-civil servants, rogue businessmen, inexplicably wealthy retired soldiers and returnee felons from abroad with barely altered names. Shehu Musa Yar’Adua’s PDM was the most successful example of this new political pragmatism founded on corrupt patronage and base opportunism, and it attracted some of the most shameless characters across the country. Political philosophy, as an engine of political organisation, was consigned to the fringes of activism populated by mavericks, gadflies and post-pubescent ideologues drunk on Engels, Marx and Milton Friedmann. Elections became do-or-die affairs with the sole aim of achieving access to the public purse for personal enrichment, with political parties serving as special purpose vehicles for these heists- that’s why decamping is fairly routine and frequent. The rot of corruption and criminality percolated down to the grassroots and the pernicious ‘success’ of the brigands at the top began to be emulated by community activists and leaders at the ward and constituency levels, preferring immediate cash bribes to the nebulous returns of later ‘dividends of democracy’ (demon-crazy). It didn’t help that a pauperized citizenry, rendered prostrate by the depredations of IBB’s Structural Adjustment Programme (Washington Consensus/Chicago School/Bretton Woods) had been cruelly stripped of the moral constraints in our culture- honour, good name, family values, shame- that erstwhile provided a bulwark against the worst impulses of the worst of us. This is where we are at now- a national jamboree of sheer venality, mindless avarice and moral flakiness of the basest kind, at all levels and with very few exceptions.

The above chronicle sounds like a mantra for abject surrender to cynicism and inertia but I think it is possible, by carefully tracing how we arrived at this nadir, to contemplate the reverse journey to a more positive station. The change must come from the top and it requires an exceptional leader who is willing to execute remarkable feats of self-abnegation. That patriotic self-sacrifice would essentially involve demolishing the crooked ladder of corruption upon which he/she has ascended and be a one-term leader willing to commit short-term political seppuku for the sake of our long-term future. We need that leader soon. And he/she must choose a successor better than his/her predecessors have.