A cleric, Venerable Olu Obanla and his son have reportedly been abducted along Ifon, in the Ose council area of Ondo state.

A family source said that the clergyman and his son were travelling along Okeluse road when they were ambushed, dragged from their vehicle and marched to the forest.

Meanwhile, a family source informed the vanguard that the kidnapers have opened a line of communication with them, demanding for N10m ransom. 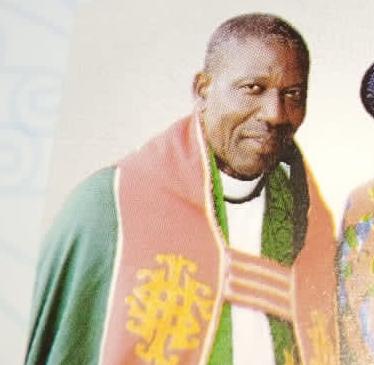 He said that the family were able to raise N1million which the abductors have rejected.

The source said, ” Venerable Olu Obanla and his son were kidnapped Saturday on their way to Okeluse in Ondo State.

” We have begged them but they turned deaf ears to our pleadings. They have since not communicated with us.

” We are trusting God that they would have a change of heart and release him unhurt.

The source said that the church and other Christian bodies were praying for his release.

Reacting, the state police spokesperson, Funmi Odunlami, confirmed the incident, assuring that the victims would soon be rescued unhurt.

Odunlami ” Yes, it happened and the anti-kidnapping section is working to ensure the victims are released unhurt”

Over 600 Inmates Escape From Kuje Prison