Home Headlines Another Batch Of 158 Returnees Arrive Nigeria From Libya 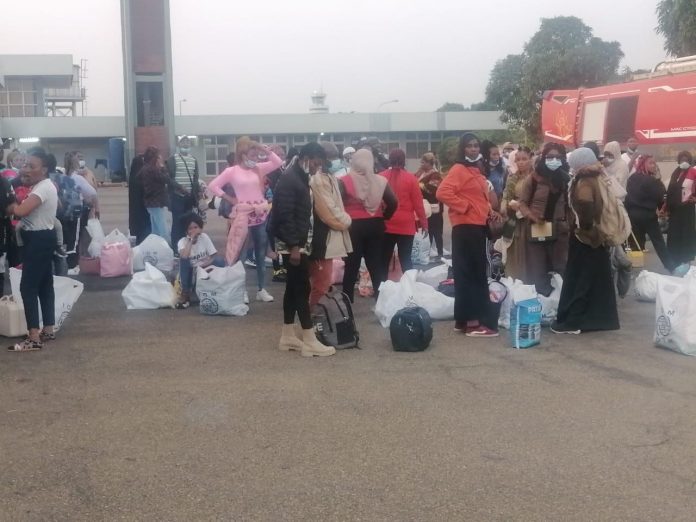 National Emergency Management Agency  NEMA, on Wednesday,   received another batch of 158 stranded Nigerians from Libya into the country.

The Returnees  who were voluntarily assisted  by the International Organisation for Migration (IOM) arrived at the Murtala Muhammed International Airport at about 5.47pm aboard Al Buraq Airline Boeing 737-800 with registration number 5A-DMG from Libya

The Returnees were received at the Cargo Wing of the Airport who had to pass through screening with Nigeria Immigration Services.

NEMA Acting Coordinator, Lagos State Territorial District, Ibrahim Farinloye, said  they would be kept  for the isolation period during which trainings and other medical examinations  would be conducted on them.

The IOM has been assisting many Nigerians back to the country since 2012 in a special programmed sponsored by the European Union for young Nigerians who had intended travelling out of the country in search of greener pastures but got stranded in Libya.

Another Batch Of 158 Returnees Arrive Nigeria From Libya