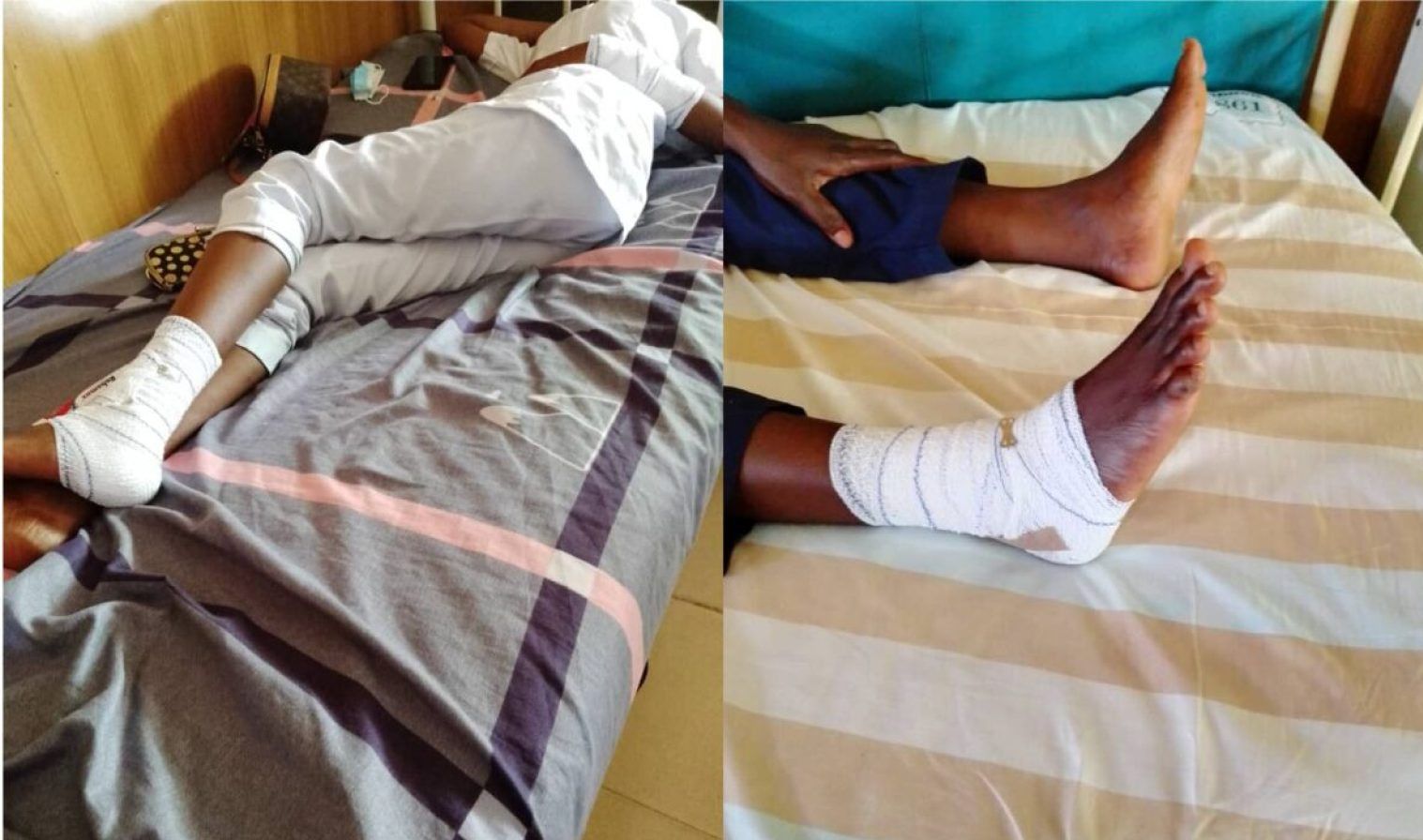 The incident happened on Friday, October 22, when the soldier took his pregnant wife to Okelele Primary Health Centre, Ilorin which houses Sobi Specialist Hospital, for delivery.

It was gathered that trouble started when one of the nurses asked them to buy delivery packs upon admitting the soldier’s wife into the labour room.

“Instead of looking for the delivery packs, the soldier rejected the demand arguing that the state government has provided such items for pregnant women that might have come for their delivery at the hospital,” a source told Daily Trust.

The nurse who sustained ankle injury during the incident is currently receiving medical attention at the hospital.

Confirming the development, the chairman of the state chapter of the National Association of Nigeria Nurses and Midwives, Alhaji Shehu Aminu, said the soldier took his pregnant wife, who has been attending antenatal clinic at the hospital, for delivery.

He said upon admitting the soldier’s wife into the labour room, the nurse asked the soldier to go and procure delivery packs which included hand gloves and other materials to be used for delivery.

He said instead of going for the delivery packs, the soldier told the nurse that he would not be able to do so because the state government has provided all the materials at the hospital. He added that not satisfied with the nurse’s explanation, the soldier became infuriated and headed to the doctor’s office and started beating the two nurses he met there. The soldier slapped one of the nurses who ran for her dear life while the other sustained ankle injury,” Aminu said.

Aminu also said that the state government had also reported the incident to the Nigerian Army headquarters in Abuja, adding that he has been arrested and detained in Ilorin.

The Public Relations Officer of the 22 Armoured Brigade of the Nigeria Army Sobi Cantonment, Ilorin, St. Sgt Waziri, who confirmed the incident said the soldier has been put in the guard room for further interrogation on the matter.