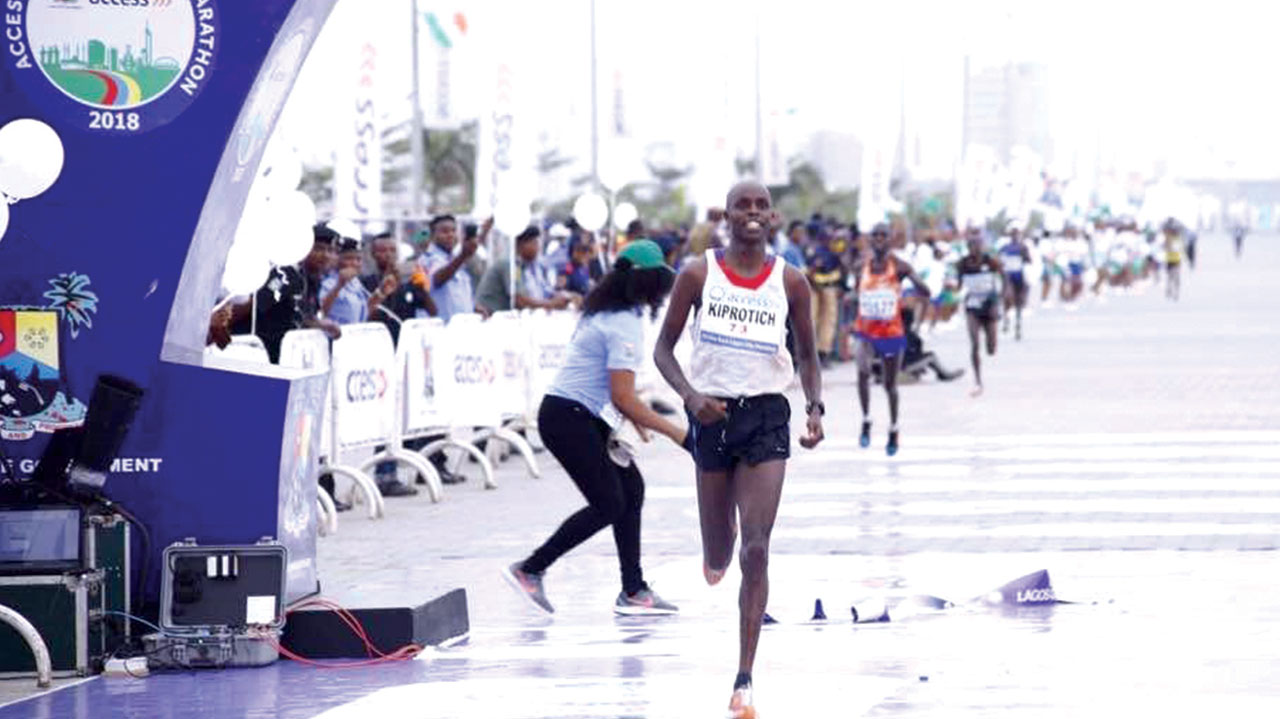 Some Nigerian athletes, who participated in the 42km and 10km races at the just concluded 2019 Access Bank Lagos City Marathon feel the organisers are killing the concept of the road race because of their personal interest.

While Governor Akinwunmi Ambode was busy presenting medals to winners at the end of the race on Saturday, some Nigerian athletes were staging a protest at the back of the VIP stand over the results announced by the organisers.

Some of the athletes, who complained openly and bitterly, told The InfoTrust that they were denied their hard won victories at the race.

“I can’t believe this is happening in the Access Bank Lagos City Marathon,” one of the aggrieved female athletes cried out in a chat with The InfoTrust. “This is terribly bad. We were denied our hard won victories and we will not accept it,”

The athlete (name withheld) claimed that she finished fourth in the 42km race only to be thrown to the seventh position by the organisers. “Only three female runners were ahead of me till I crossed the finish line. The organisers have brought in names of their relatives and friends who ran in the 10km to replace my name. This is unfair, and they are killing this event because of their greed,” she lamented.

Two other female athletes also claimed they finished sixth and seventh overall in the 42km, which could have fetched them some money, but their names suddenly disappeared from the list compiled by the organisers.

However, General Manager of the race, Yusuf Alli told The InfoTrust that complaints by some of the athletes lacked substance. “Our cameras are stationed at strategic positions along the route. Any athlete that is not captured by the cameras may have cheated. In any case, an athlete cannot be running and at the same time taking records of those ahead of him or her. We are looking into their protests,” Alli stated.

Apart from the athletes, there was no provision for mixed zone, thereby making things difficult for journalists who covered the race.

Some of the participants also complained of inadequate commemorative medals for those that finished the race. “This was the same thing we went through last year. I ran the 42-kilometre race, but I am lucky to be given a medal meant for 10-kilometre runners. So many people did not even get anything,” one of the marathoners alleged.