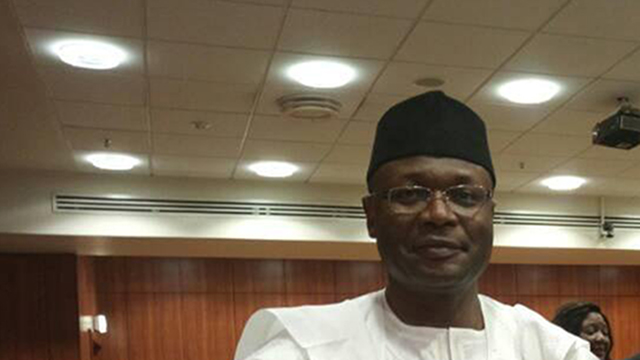 It also asked the electoral body to publish names of all ad-hoc staff it has engaged to conduct the polls within 48 hours.

Spokesman of the party, Kola Ologbondiyan, who made the request at a media briefing in Abuja, alleged that arrangements were being concluded to rig the election in favour of the All Progressives Congress (APC).

He alleged that the Presidency had directed the commission to collect lists from APC leaders to be appointed as ad-hoc staff.

“The PDP calls on the international community to place the INEC Chairman, Directors and Commissioners in INEC responsible for the election on their watch list and impose travel ban on them and hold them responsible should there be any form of rigging in the February 16, 2019 Presidential elections.

“We direct our members, supporters and all well meaning Nigerians to get ready to vote out President Muhammadu Buhari and protect their votes with all the energy available to them in the defence of the nation’s democracy and freedom as a people,” he stated.

The party added that if President Buhari believes he was popular, he should make himself available for a free, fair, transparent and credible election, adding: “Anything short of this is completely unacceptable to Nigerians.

“Nigerians have already reached a consensus to vote out the incompetence, hunger, nepotism, pretense and manifest lies, which the Buhari Presidency represents”

On the alleged plot to appoint APC loyalists as ad-hoc staff, the PDP alerted Nigerians that INEC has allegedly been taking directives from the Buhari Presidency and the APC on how to manipulate the electoral process at all levels.

“To this end, INEC has collected a list of people that will serve as electoral officials, including ad-hoc staff and returning officers at polling units, from APC governors and candidates across the federation, on the directives of the Buhari administration.

“The PDP is already privy to how the lists were populated with APC members and agents of its candidates, after clearance by the APC leaders in various states.”

“We vehemently reject this wicked plot by the Buhari government, tailored to ensure institutional manipulation of the electoral process, including accreditation, voting and collation of results at the polling units, which is the base of the elections,” the party stated.

The PDP argued that by following APC’s directive on the rigging scheme, INEC has violated section 29 (1) of the Electoral Act (as amended) and has shown that he lacks the political will to conduct a credible, free and fair election.