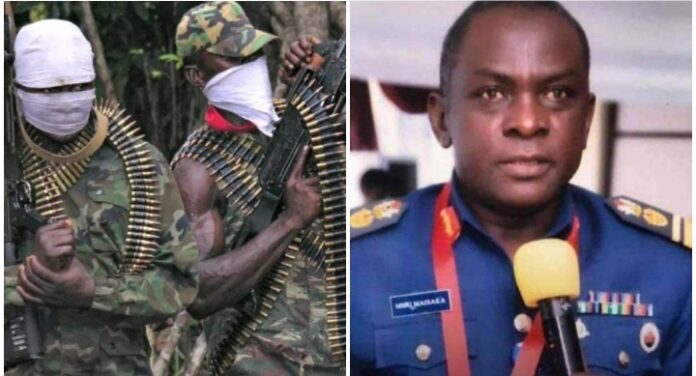 Air Vice-Marshall Mohammed Maisaka(retd), Proprietor and  MD of MSK Hospital Rigasa, has been killed by bandits in Kaduna State.

He was shot dead a few hours ago at his residence at Makarfi Road, Rigasa Kaduna.

The police in Kaduna State have commenced investigation into the murder of AVM Maisaka and his grandson.

The police called on members of the public to avail it with useful and timely information that could lead to the arrest of the killers.

Maisaka, who operated  a private hospital in Kaduna, was killed by gunmen at his residence in Ragasi, Igabi Local Government Area of Kaduna.

He said: “The incident occurred in the early hours of Tuesday. Maisaka’s gateman sustained injuries from the attack.

“When the information was received, the Commissioner of Police, Mudassiru Abdullah, directed the Divisional Police Officer and the Area Commander to the scene.

“Details of the incident would be made available soon,” he said.

Meanwhile, there was calm at the scene of the incident, but some people were seen in groups nearby, discussing the development.