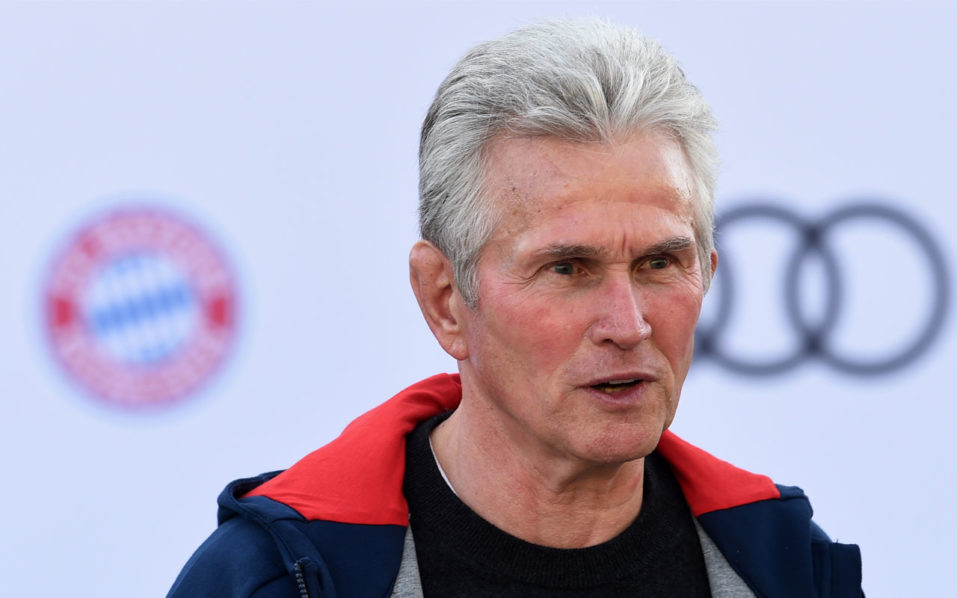 Bayern Munich will play their first game under returning coach Jupp Heynckes when they host Freiburg this Saturday.

The 72-year-old, who won the treble with the club in 2013, is tasked with reviving Bayern’s stuttering season after his predecessor Carlo Ancelotti was dismissed two weeks ago.

Bayern are five points behind leaders Borussia Dortmund in the Bundesliga table, and have won just two of their last five league fixtures.

Saturday’s game against Freiburg is a must-win for the champions, as they look to start afresh under Heynckes.

Dortmund, meanwhile, face a top four clash with RB Leipzig as they aim to consolidate their position at the top of the table.

Here are five things to look out for in the Bundesliga this weekend:

Heynckes back at Bayern
Heynckes begins his fourth spell in charge at Bayern Munich this Saturday, and has warned that there may not be an overnight fix to their problems.

“I have analysed the team’s current condition,” said Heynckes at his presentation earlier this week. “It’s a difficult situation.”

Bayern are still without first choice goalkeeper Manuel Neuer, and Franck Ribery is also out of action having picked up a knee injury against Hertha Berlin.

Nonetheless, Bayern’s record against Saturday’s opponents is reason for optimism. They have never lost at home to Freiburg, and have won all of their last 13 home games against them.

Dortmund face challengers Leipzig
League leaders Borussia Dortmund will be looking to extend their unbeaten streak as they host RB Leipzig on Saturday.

Dortmund are yet to lose in the league this season, and have established themselves as the team to beat in the title race.

There are, however, defensive concerns for Peter Bosz’s side, with Raphael Guerreiro, Marcel Schmelzer, Erik Durm and Lukasz Piszczek all injured.

For fourth placed Leipzig, the game is a chance to muscle in on the title race. Victory would see them narrow the gap between themselves and Dortmund to just three points.

They may be without star striker Timo Werner, who has been struggling with circulation issues in recent weeks.

Hoffenheim host Augsburg
Hoffenheim are hoping to bounce back from two consecutive defeats when they host fellow high flyers Augsburg on Saturday.

Third in the table and equal on points with Bayern Munich, Julian Nagelsmann’s side suffered two big setbacks with defeats to Ludogorets Razgrad and Freiburg before the international break.

“We need to keep doing what we’ve been doing in the league.”

Cologne in crisis
FC Cologne are still looking for their first win of the season as they travel to Stuttgart on Friday evening.

The Europa League participants have picked up just one point from their opening seven games, but sporting director Joerg Schmadtke hopes that the team will return transformed from the international break.

“We were able to do some serious thinking, and to change and adjust certain things,” Schmadtke told Kicker.

Cologne have not lost on any of their last 11 visits to Stuttgart, but are still without key players such as Jonas Hector and Marcel Risse.

Hamburg’s goal drought
Relegation candidates Hamburg are enduring a crippling goal drought ahead of their trip to Mainz on Saturday.

With strikers Nicolai Mueller, Filip Kostic and Andre Hahn all sidelined, Hamburg have not scored in any of their last five Bundesliga games.

Stranded in 16th, Hamburg will be hoping to break the spell against Mainz, who have already conceded 11 goals this season.

Fixtures (all times 1330 GMT unless stated)