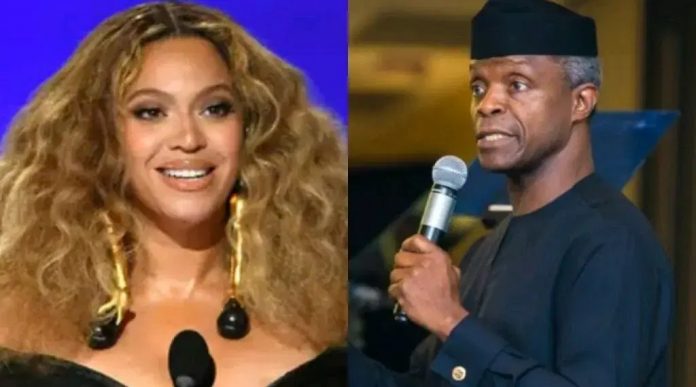 The tweet sparked backlash from Nigerians who believed that the vice president should have been more concerned about other vital issues bedevilling the country.

“Ma’am @Beyonce, Nigeria’s current Vice President who has never properly done his job has used your song without permission, ask Jack your good friend to take care of his account In accordance with DMCA violation penalties,” the user wrote.

However,  it is unclear if  Beyonce immediately responded to @olayknowless’ request.

But on Wednesday, @OlayKnowless took to her Twitter page to announce that the vice president’s tweet had been removed.

“LMFAOOOOOOOOOOO They actually took Osinbajo’s tweet down for using Beyoncé’s song I AM SCREAMING. My day just got like 5x better,” she tweeted.

The microblogging platform explained that all unauthorised use of copyrighted materials were infringement.