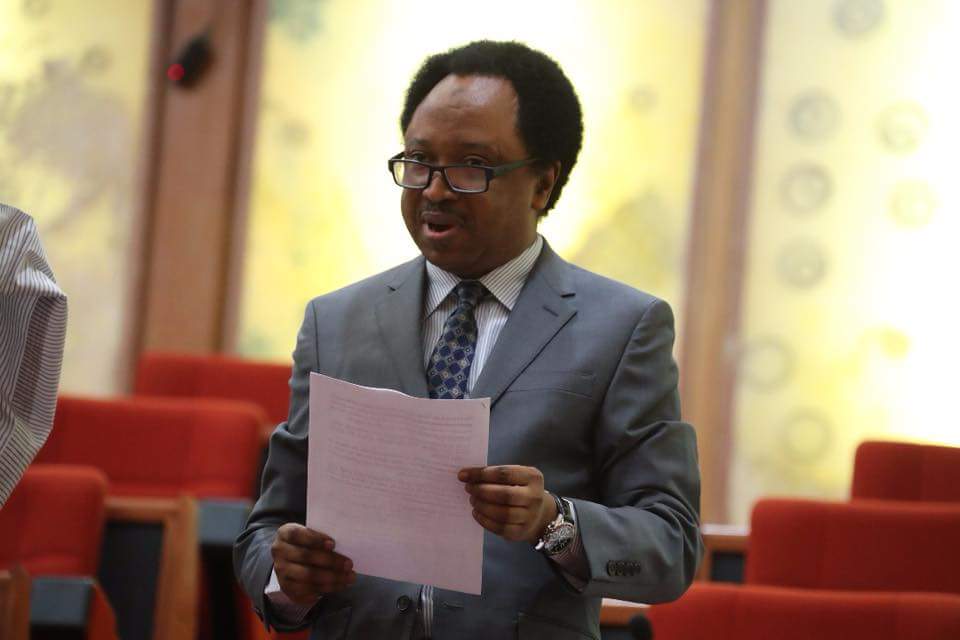 Nigerian lawmaker, Senator Shehu Sani on Wednesday said President Muhammadu Buhari is in the company of criminals who worked to get former President Olusegun Obasanjo a third term.

Sani, a senator representing Kaduna Central senatorial district in the National Assembly made the claim while reacting to Buhari’s comments targetted at a former President Obasanjo.

The senator said, “You (Buhari) are in the company of the culprits in the crime you denounce.”

Prior to the 2015 election that brought Buhari to power, the president had declared that he was running for just a term and will not seek re-election.

Buhari at one of his re-election campaigns in Ondo State on Tuesday, February 5, made a veiled dig at Obasanjo for trying to compromise the country’s democratic system to stay in office beyond the second term in office.

“We have just finished one term and are seeking a second one. After that, the constitution doesn’t permit any more. There are some who tried looking for more but they did not succeed. We should learn from their mistakes,” Buhari said in Akure.

Obasanjo, who supported Buhari’s election in 2015, said the president is unfit to seek re-election. He accused Buhari of nepotism, being ignorant of the economy and witch-hunting opposition with the fight against corruption and decided to support his former vice president Atiku Abubakar of the People’s Democratic Party (PDP) in the presidential race.

But Shehu Sani said government officials who worked for Obasanjo’s third term in office are part of Buhari’s current government that is championing the anti-graft war against corrupt persons.

“Dear Baba (Buhari), those who work for that Obasanjo’s third term are now in your party (APC), those who worked with the ex VP, aided and facilitated the auction of our national assets, are in your house,” Sani tweeted.