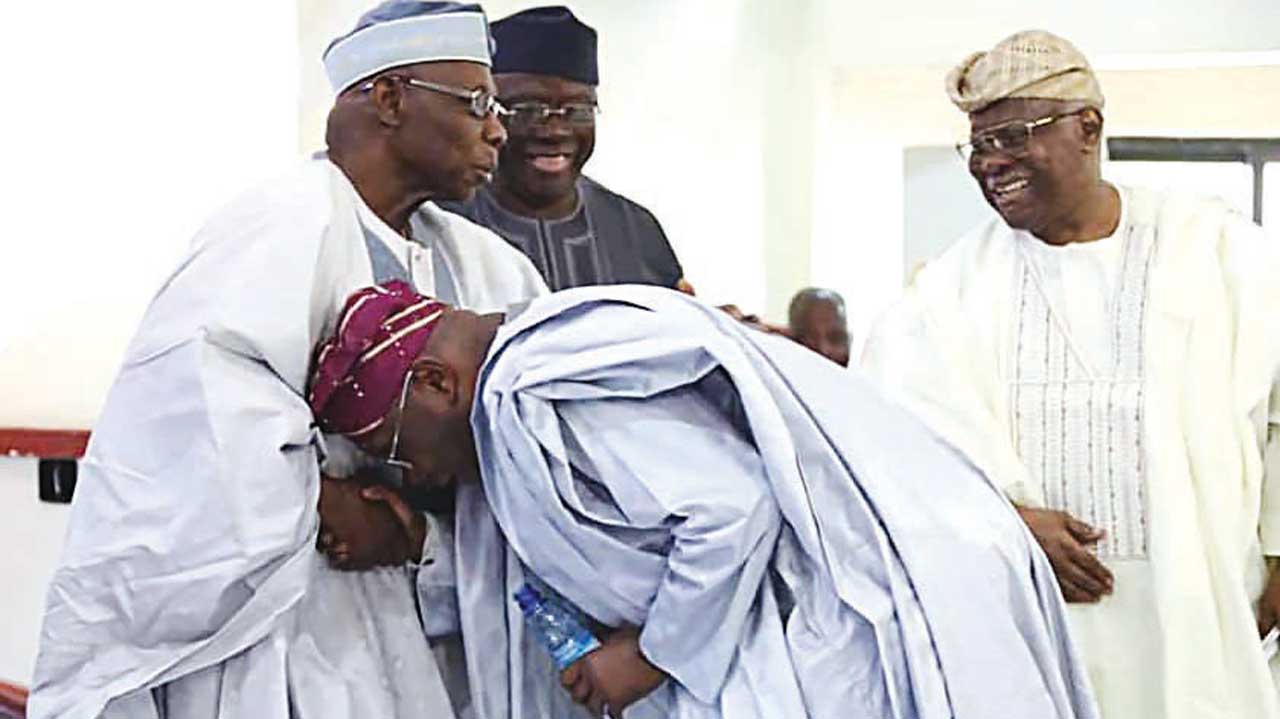 Former President Olusegun Obasanjo yesterday doubted the integrity of President Muhammadu Buhari and described the anti-graft war of the ruling All Progressives Congress (APC) as a charade.

Obasanjo, who spoke at the 2019 quarterly business lecture organised by the Island Club of Lagos, expressed confidence that the presidential candidate of the Peoples Democratic Party (PDP), Alhaji Atiku Abubakar would win the next presidential election scheduled to hold on February 16.

He urged Nigerians to defend the nation’s fledgling democracy and take the country back from the cabals presently controlling it.

The former president lamented that he had been vilified and called all sorts of names because of his support and position on Atiku.

“Have I ever said a lie? Has everything I said concerning the former vice president or the present incumbent not been proven beyond any shadow of doubt? Nigerians must rise up to defend our fledgling democracy; nobody would do this for us.

“There is no better person to lead Nigerians out of the present problems that have been created than Atiku. Some people claim to be fighting corruption when they have corruption right on their nose, they claimed to have integrity and we can all see that it is a lie.

“Unlike some others, Atiku has never claimed to be a saint or a messiah. When I said someone was not a messiah some years ago, some people were up in arms. As a Christian, the only messiah I know is Jesus Christ. A leader must be honest to himself and the people he wants to serve and be served. I believe Atiku has these qualities.

“A good leader must identify mistakes, show remorse, seek forgiveness and repent, and not pass the buck to others. Atiku has asked for my forgiveness and I forgave him as my religion tells me to,” Obasanjo said.

He added that a good leader must understand the problems he is trying to solve, reach out to a team of experts and concerned citizens, work hard to provide credible solutions that will work for Nigeria and the rest of Africa. “All these are lacking presently,” he said.

The former president, therefore, appealed to the electorate to vote for Atiku and the PDP in the coming presidential poll, saying that he (Atiku) would be president of all Nigerians and not just those who voted for him.

“This is the difference between Atiku and the incumbent. He will be a team leader and not be controlled by any cabal as we are currently witnessing.”

On the allegation that he didn’t give Atiku enough power when he was vice president, Obasanjo said: “It was untrue, but then, again, I didn’t need to call him acting president like some people did last year. But because I wasn’t absent from my duties for 104 days at a time, people don’t know he regularly stood in for me when I was out of the country on official duty. Atiku is experienced, exposed and has learnt his lessons. We need to change this change for the better.”

Atiku, who is the keynote speaker, in his presentation entitled: ‘My Vision to get Nigeria Working Again’ decried the present happenings in the country. He alleged that after unsuccessfully abusing the instruments of state to remove the leadership of the legislature, President Buhari had turned his sights on the judiciary. “Nigeria’s democracy is now in peril.”

He said his vision to get Nigeria working again through 10 pragmatic policies, which he hopes to enact if elected, include restoring investors’ confidence in the economy, supporting the private sector, privatising ailing enterprises, especially the Nigerian National Petroleum Corporation (NNPC), assist small scale entrepreneurs to be more productive and prioritising human capital development.

“Our institutions need reform, our judiciary is under attack, we need to move from mere slogans and address concrete issues. We will create a model economy, functional federal structure, government based on the rule of law, create three million jobs annually and ensure all citizens have equal economic benefits. We will build strong and effective institutions, and reposition the public sector to be more disciplined and performance-oriented.

“I cannot think of a more important election than the forthcoming one, given our developmental challenges in Nigeria today. Opportunity to change this country begins on February 16; do not fail to be part of it. The people of Lagos are comfortable so they don’t vote, but you all must go out and vote this time around,” Atiku said.

According to him, “It is more to the benefit of Nigerians if we privatise the oil and gas sector. The government would have a small interest but it would be fully led by the private sector and we would reduce to the barest minimum, the corruption going on in the NNPC now.”

Efforts to get reaction from the APC National Publicity Secretary, Mr. Lanre Isa-Onilu, were not successful as he neither picked calls nor returned text message.

However, a founding member of APC, Prince Tony Momoh, said even Obasanjo could not doubt President Buhari’s integrity not to talk of sensitising Nigerians against the incumbent.