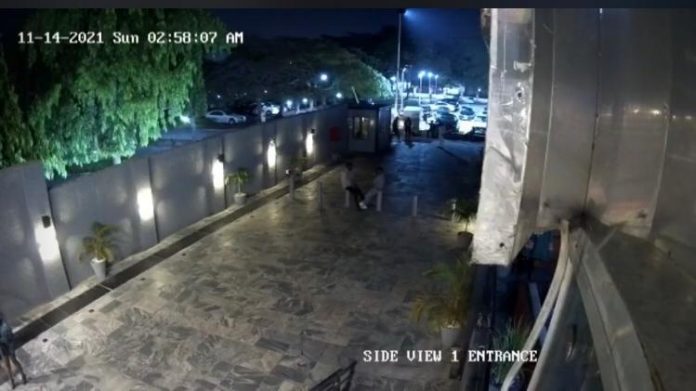 A video, purported to have captured the incident leading to the collapse of a female clubber at Abuja Club, Hustle & Bustle, has emerged online.

The incident, which led to the death of the lady, has been generating controversy.

The following the incident, the club shut down its operation in order to join the family to mourn the deceased.

It had initially been circulated in the media that the lady was electrocuted.

But a trending video has now revealed what happened to the clubber on the said day.