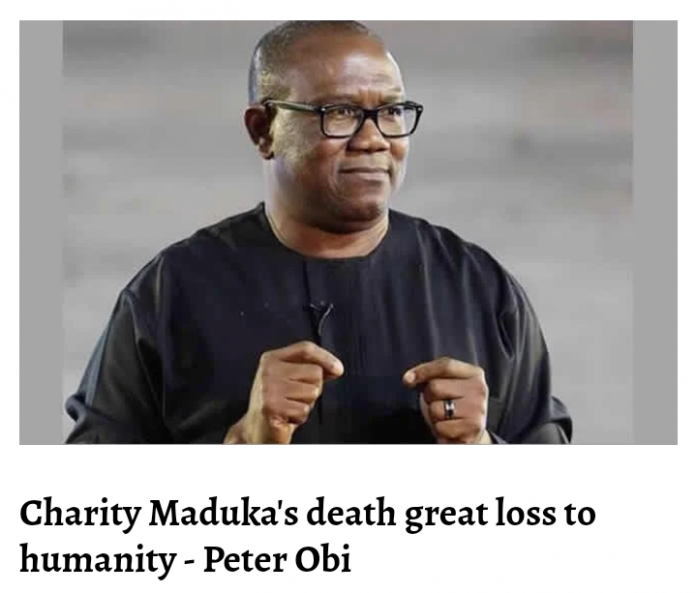 Charity, who doubled as the Vice President of the Coscharis Group, died “peacefully” in Nnewi, Anambra on Saturday, according to the announcement.

In a statement from Obi’s media office, Obi said he had known Mrs. Maduka not just as a dutiful and God-fearing wife, but also a great motivator whose support and collaboration with her husband, President of Cosharis Group, Dr. Maduka saw the group move on to become a national brand.

Describing her death as painful and irreplaceable, Obi said she would be remembered for her exemplary and inspiring conduct both at domestic and business fronts.

The former vice-presidential candidate prayed to God for her peaceful repose and to grant those she left behind, especially her husband, the strength of mind to bear the loss, knowing she is resting in the bosom of the Lord and praying for the family.