Home News Congo, Others Ready To Patronise Us For Shipbuilding, Maintenance 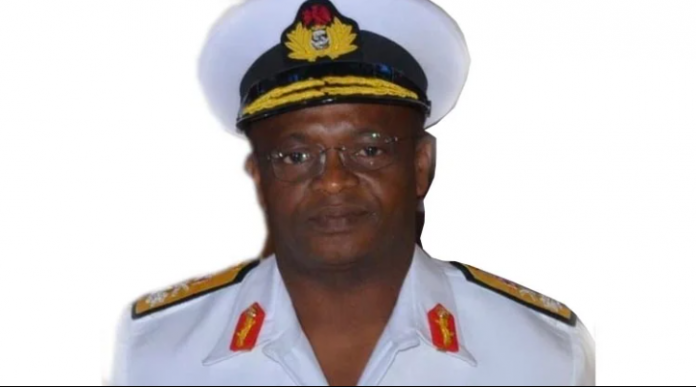 The Chief of Naval Staff, Rear Admiral Awwal Gambo, has said that the Navy is set to receive patronage from other African countries for shipbuilding.Gambo disclosed this to State House correspondents on Sunday after meeting with the President, Major General Muhammadu Buhari (retd.), at the Presidential Villa, Abuja.

On the purpose of his visit, he said, “I’m here to seek the blessing of Mr President for him to honour the Nigerian Navy in commissioning the indigenously built seawards defence boat, which is one of the three we are building by the Nigerian Navy dockyard staff in Lagos, come December this year.

“His response is positive because it prides us as a nation that we can build something from scratch to finish, by our own shipyard. So, it is a thing of pride to us.

Asked what new advantages the boats would bring to naval operations, he said, “It will add to the set of vessels that we have for the protection of the Nigerian maritime territory against piracy, sea robbery, illegal bunkering and all other maritime crimes.”

On the cost of building the boat, Gambo said, “I cannot tell you for now because as the construction was going on, the more we saw that the more we added expenditure on it, but I can tell you that it’s encouraging, it’s unlike when you get foreign vendors to build or to supply the ship.

It’s saving a lot for the country and going forward, we are looking at doing more of that within the shortest possible time.”

Speaking about plans to build for other countries, the Naval Chief revealed that plans are underway to build boats for the Democratic Republic of Congo.

Why Most Women Are Cheats – Joro Olumofin

Petrol To Sell For N340 Per Litre Next Year -Kyari