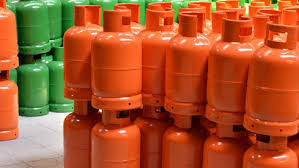 The Chief Executive Officer of Ecogas Energy Resources Limited, Chief Shina Luwoye, has said the surge in the price of Liquefied Petroleum Gas (cooking gas) in Nigeria is a threat to the domestic market, which has seen significant growth in consumption in recent years.

Luwoye attributed the price hike to the introduction of 7.5 per cent Value Added Tax on imported LPG, the devaluation of the naira and the scarcity of dollars.

He said at a press briefing that Ecogas had steadily pursued LPG adoption and penetration within the localities of its gas refilling plants as well as cost-cutting measures aimed at making the product more available and affordable.

He said, “The Federal Government’s efforts to deepen adoption of LPG have been yielding results. We can boldly see this through the high demand for the product. Even my aged mother who hitherto forbids her tenants from using cooking gas now uses LPG for cooking.

“The gains we have recorded, which now make more people to demand for gas, shows that we have done well as a country in terms of gas. Unfortunately, the recent uncontrollable northward movement in LPG market price curve is a major threat to the domestic LPG market.

He added, “What we are now experiencing with gas also has elements of general price increase/inflation in Nigeria that is affecting the nation in general and other petroleum products.And because just 40 per cent of demand for LPG is being supplied locally while 60 per cent is sourced through importation, a lot of other external factors have come to affect the price. Chief among these is the 7.5 per cent Value Added Tax.”

Luwoye said the ability to import LPG into the country was being limited by foreign exchange scarcity.

He said, “The devaluation of naira is another cause of the cooking gas price surge, forex (foreign exchange) is another. The amount of dollar inflows is far less than outflow and this shortage has become a serious issue for importers of the LPG who need dollars to effect their importations.”