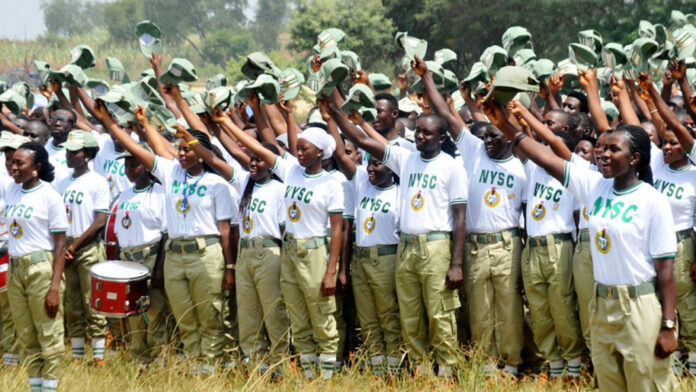 Five corps members have been found wanting by the National Youth Service Corps (NYSC) in Lagos State in the course of the service year and are to repeat the programme.

Mr. Eddy Megwa, Coordinator, NYSC Lagos, made this known on Thursday in Lagos at the passing out of 1,188 corps members of the 2020 Batch B, Stream 2 deployed to the state.

The News Agency of Nigeria (NAN) reports that the event, which was observed on a lowkey, was held at the NYSC temporary orientation camp, Iyana Ipaja, Lagos.

Megwa, however, congratulated the outgoing corps members on successful completion of their service year and urged the corps members to make the best use of skill acquisition they acquired to make wealth and be employers of labour.

“These cream of Nigerian youths are exceptional and dedicated; 99 percent of them have proved to give in their best to the state and nation in the course of their service year.

“However, five of them violated the NYSC rules. Once we notice that a corps member is not available consecutively for three months, we declare he/she absconded and the punishment is a repeat of the service year.

“Two of them are guilty of the offense and we are going to remobilise them to that effect, while three others will have their service year extended by two to three months respectively.

“I am proud of other corps members, having selflessly committed and contributed to the socio-economic development of the local government areas, state and the nation at large.

“I urge them to continue to be great ambassadors of NYSC,” he said.