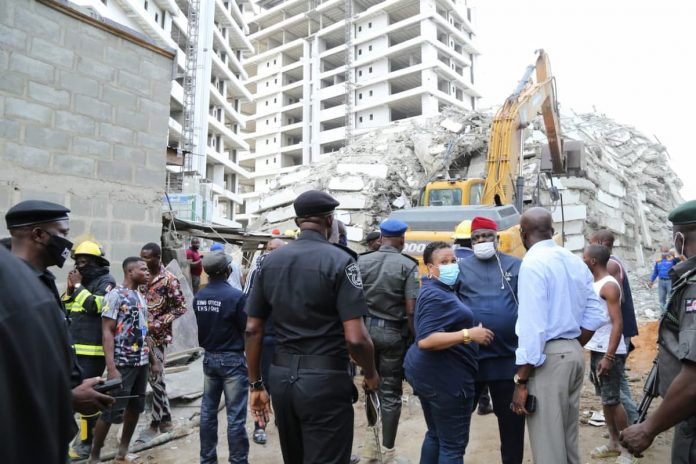 At least three corpses were recovered from the rubbles of a 21-storey building that collapsed in Lagos on Monday.

The building, which was under construction, collapsed along Gerald Road, Ikoyi, a highbrow area in Lagos.

Officials confirmed that three persons have been rescued and are currently being treated by medical team of the Lagos State General Hospital.

The Coordinator of the National Emergency Management Agency (NEMA), Ibrahim Farinloye, said the bodies have been moved to a morgue owned by the state government.

“The deceased bodies were pulled out from under the ruble” he said.