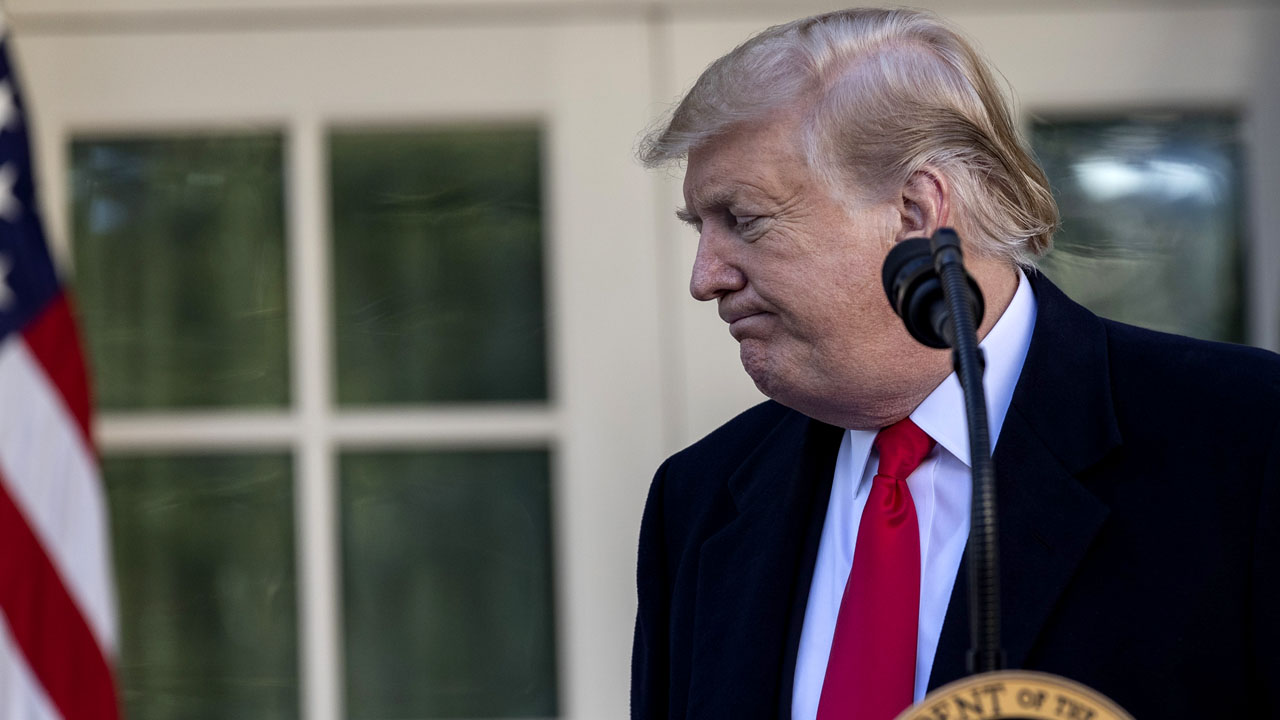 (FILES) In this file photo taken on January 25, 2019 US President Donald Trump speaks about the government shutdown from the Rose Garden of the White House in Washington, DC. – Two years into President Donald Trump’s administration, a majority of Americans have lost confidence in the brash real estate magnate’s performance on everything from the economy to foreign policy, a poll showed on January 28, 2019. The ABC News/Washington Post poll was published after Trump suffered a major setback in his signature push for more wall along the US-Mexican border. (Photo by Alex Edelman / AFP)

The US lost four points to score 71 out of 100 on the watchdog’s 2018 Corruption Perceptions Index, sending the country tumbling out of the top 20 for the first time since 2011.

“The low score comes at a time when the US is experiencing threats to its system of checks and balances as well as an erosion of ethical norms at the highest levels of power,” TI said in its annual report.

The second year of Trump’s presidency was a turbulent one, ranging from damaging revelations in an investigation probing links between Trump’s 2016 campaign team and Russia, to his controversial backing for a Supreme Court nominee accused of sexual assault.

The US leader, who frequently rails against the media for writing “fake news”, was also dogged by accusations of nepotism and conflicts of interest.

Last month, Trump agreed to close his personal charity after the New York attorney general said it had acted “as little more than a checkbook to serve Mr. Trump’s business and political interests”.

“The Trump presidency has illuminated the cracks in the US system for ensuring a government that is accountable to the public interest,” TI’s Zoe Reiter, acting representative to the US, told AFP.

“But President Trump is a symptom rather than a cause; the issues were there before he took office. For example, the Office of Government Ethics simply doesn’t have the teeth to control for conflicts of interest at the highest levels,” she said.

– Rise of autocrats –
As in previous years, New Zealand and Nordic countries were among the best in class with Denmark narrowly beating New Zealand to the top spot at 88 and 87 points respectively.

Strife-torn Somalia was once again the worst performer, below Yemen, South Sudan and Syria which all scored in the low teens.

The Berlin-based watchdog also singled out Turkey and Hungary for falling down the rankings, blaming “the deterioration of rule of law and democratic institutions, as well as a rapidly shrinking space for civil society and independent media”.

“With many democratic institutions under threat across the globe –- often by leaders with authoritarian or populist tendencies -– we need to do more to strengthen checks and balances and protect citizens’ rights,” TI’s managing director Patricia Moreira said.

As part of its recommendations, the group urged governments to stand up for a free press and support civil society organisations that encourage public oversight over government spending.

The index is compiled based on data from 12 international organisations including the World Bank, African Development Bank and the World Economic Forum.