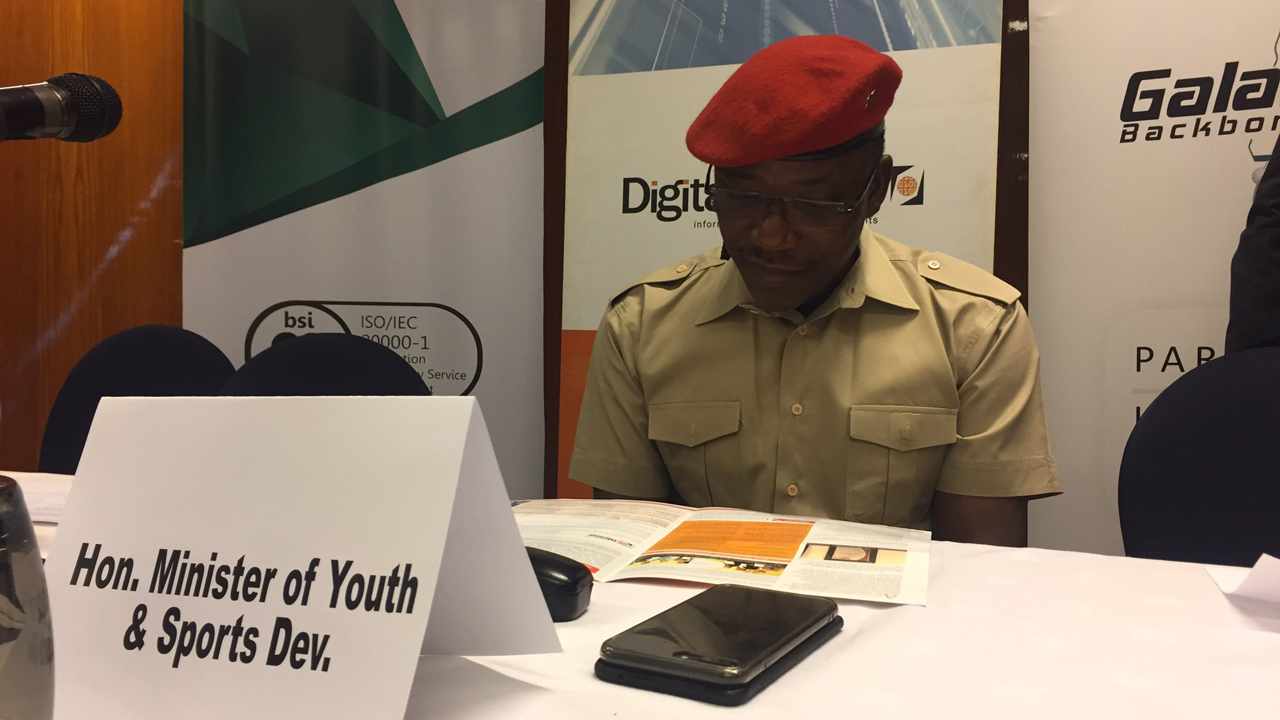 Dalung gave the advice on Saturday at the maiden edition of the Lagelu FM Inter-Secondary School Relay Race held at the University of Ibadan stadium. PHOTOS Twitter

Mr Solomon Dalung, the Minister of Sports and Youth Development, has cautioned sportsmen against doping and age falsification.

Dalung gave the advice on Saturday at the maiden edition of the Lagelu FM Inter-Secondary School Relay Race held at the University of Ibadan stadium.

The News Agency of Nigeria (NAN) reports that Lagelu FM is the sister station of Splash FM owned by West Midland Communications.

NAN reports that the two-day relay race organised by Lagelu FM was sponsored by Mr Seyi Makinde, a former governorship candidate of the Social Democratic Party in Oyo State.

The maiden edition, which recorded participation by 45 secondary schools in the state, featured 4×100, 4×200, 4×400 and medley relay races in both the female and male categories.

The minister, who was represented by Dr Ademola Are, Director of Grassroots Sports Development in the ministry, also warned sports administrators in the country not to promote acts inimical to sports development.

“The Federal Government is making a lot of efforts at wiping out doping and age falsification.

“ Infact, next Wednesday, we shall be visiting the National Assembly to appeal that they give a legal backing to the formation of World Anti-Doping Agency (WADA) in Nigeria,’’ he said.

Makinde, on his part, expressed delight at the turn out for the competition, promising continued sponsorship of the event.

He called on the government to take grassroots sports development seriously, saying talents discovered deserved to be nurtured to stardom in the interest of the nation.

“I am proud to be part of this event because it has to do with talent hunt from the grassroots.

“ Sports are well-designed programmes that bring respect to individuals and nations among their counterparts,’’ he stated.

Makinde urged the students to be more focused in all they do, adding that shame and regrets were the results of cutting corners.

Chief Adebayo Akande, the Chairman and Founder of West Midland Communications, said that the programme was organised to promote sports in the state.

He said that the programme was also to discover new talents at the grassroots, adding that Lagelu FM was taking after its sister station, Splash FM, in promoting sports.

NAN reports that Splash FM is the organiser of the annual Integrity Marathon race which is expected to attract international participation in the next edition.

Also speaking, Olamide George, Vice-President, Athletic Federation of Nigeria (AFN),said that the event was part of efforts to discover talents and salvage the nation’s sports.

George, who is also the Chairman, Ondo State House of Assembly Committee on Youth and Sports, called on well-meaning individuals and the private sector to support sports development.

NAN reports that Brightville International College, Ashi-Bodija, Ibadan, emerged the overall winner of the race, having won seven out of the nine races.