Home Headlines ”I Don’t Think That Anybody Anywhere Is As Funny As Nigerian Comedians”-... 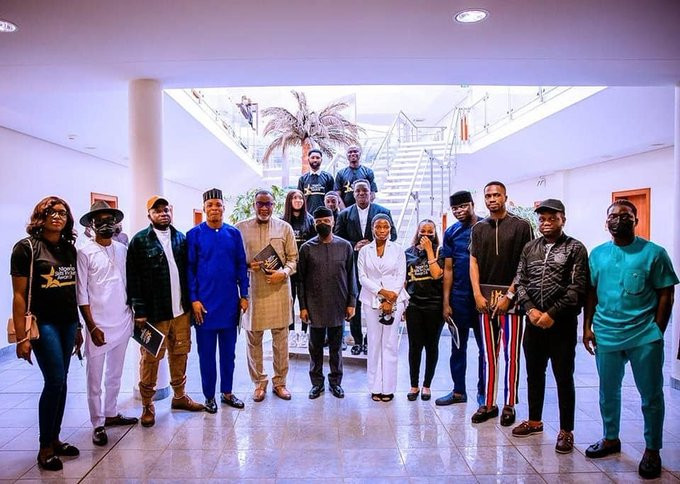 Vice President Yemi Osinbajo has said nobody anywhere else is as funny as Nigerian comedians.

According to a statement released by Osinbajo’s spokesman, Laolu Akande, the vice president stated this when he received a team of young skit practitioners who paid him a courtesy visit at the Presidential Villa, Abuja. 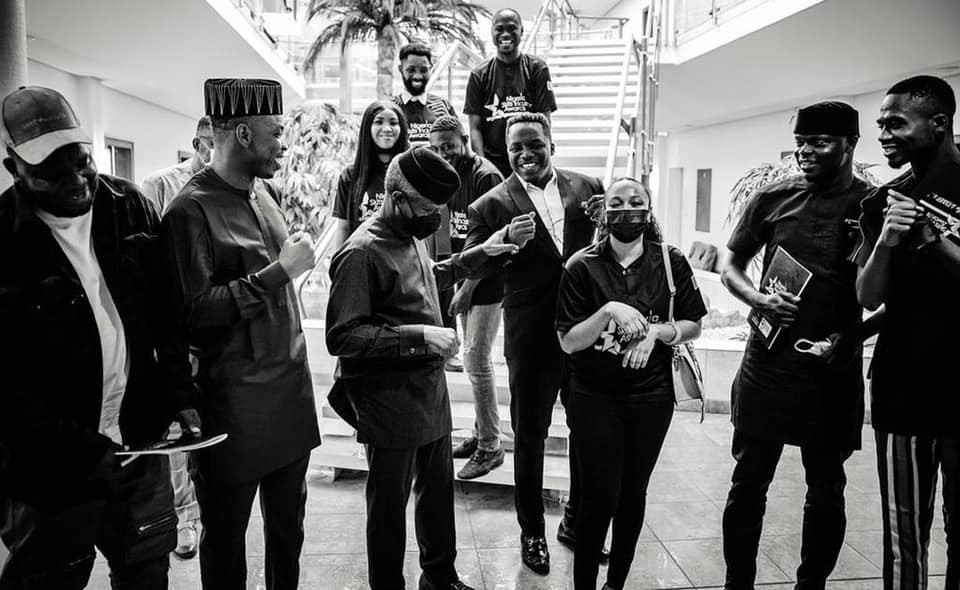 The delegation, which came under the aegis of the Nigeria Skits Industry Awards (NSIA), was led by its promoter, Bimbo Daramola. Others on the delegation were Maryam Apaokagi, popularly known as Taooma, Josh Alfred (Josh2funny), Ayo Ajewole (Woli Agba), Adebamiro Adeyanju (Mr Hyenana) and Adeoye Adeyemi Elesho (Yemi Elesho).

Osinbajo said that the creativity and talents of Nigeria’s youth were enough reason to believe in the future of the country and build a new Nigeria that every Nigerian would be proud of.

“I strongly believe that what our young people are doing and what they are capable of is what will lead our country to where we are meant to be.

The future is not tomorrow. It is already here and we can see it from just everything you are doing, the global acclaim that you are getting; young people like yourselves, doing something good.

I must say that just based on the sheer creativity around this, I don’t think that anybody anywhere is as funny as Nigerian comedians” he said

Speaking further, the vice president said that the Federal Government was already making efforts to resolve the Twitter ban and ensuring that young Nigerians and all Nigerians were protected and their rights respected by law enforcement officers.

He said that through the mandate of the National Economic Council (NEC), which he chairs, state judicial panels were established nationwide to address issues of police brutality and extrajudicial killings, while also providing compensation to victims.

In his remarks, Daramola thanked the vice president for receiving the delegation, saying that Osinbajo identified with young people describing him as a man of the youths.

“Your Excellency, this visit shows that you have a heart for young people, and you have changed the dynamics to show that government listens to the youths,” he said.

On his part, Elesho, also described Osinbajo as a man of the youths.

“I heard your speech on Monday asking the youths to move on; this is our movement” he said